This happened 40 years ago this week: 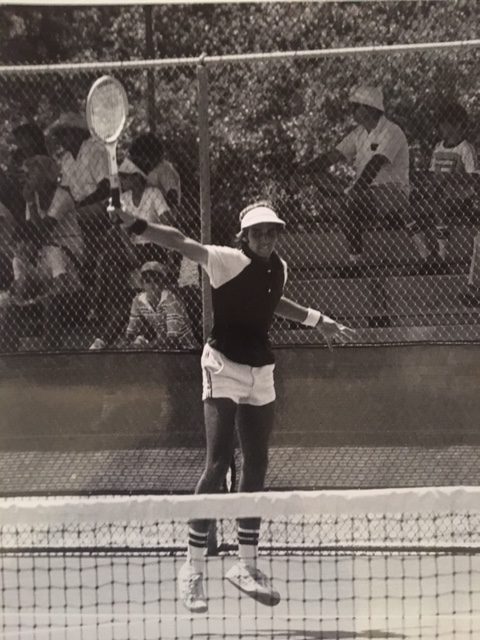 It’s from the finals of the 1980 Texas Sectionals Championship for Boys’ 18-and-under at the McFarlin Tennis Center in San Antonio.  I won the match and the tournament by beating Neil Adams 6-4, 6-2.

As far as I can tell, I am just following through on a backhand return of serve from the deuce court.  That high follow through was the key to adding topspin and had turned my backhand into a real weapon.  Coach Danny O’Bryant of TbarM Raquet Club had put that wrinkle to my game about two years earlier, and whatever success I enjoyed flowed from that.

The photo is also a window into my more-than-slight OCD.  I had won the same tournament on the same court the year before, and so for this match twelve months later, I wore the exact same clothes.  Same blue & cream adidas shirt, same cream & blue striped shorts, same visor, same wristbands, all of it.