On Throwback Thursdays, I often dig up old tennis photos, and those photos usually feature my backhand or my serve.  Those were my two best shots.

And then I found this one.  A forehand at last: 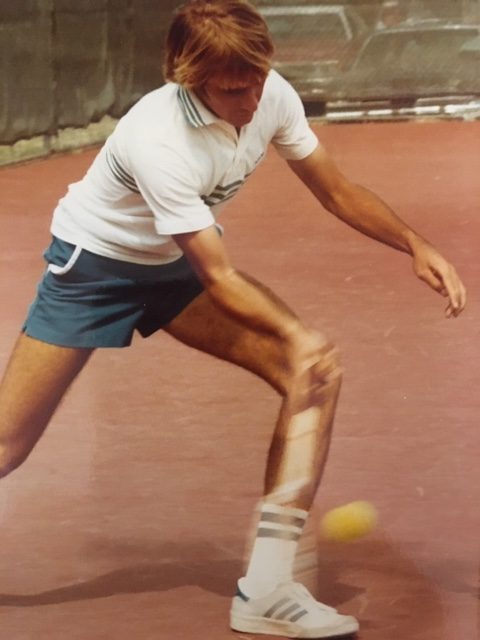 The photo was taken during a practice session on the day before the 1980 Texas Sectional in San Antonio.

What does it show?

Eastern forehand grip, though closer to semi-Western than Continental.

Stepping into the ball, as back in the day the key to the forehand was weight transfer from back to front.

Maybe even a lack of confidence as evidenced by the left hand hanging out there not very productively.

Almost everything that characterizes a good forehand 40 years later:  Western grip, loose wrist, and, most importantly, power generated from body torque rather than weight transfer.

Four years later, by the end of college, I had corrected a lot of those mistakes and taken steps towards a more “modern” forehand.  It never became a real weapon but ultimately became less of a liability.

Not that I ever wonder “what if it had been as good as the backhand?” or anything.