#TBT — Where I First Sensed A Call To #UMC Ministry

On Wednesday, as I wound up my three day visit with my mom in Austin (Betty Davis, age 102), I stopped by this church down the hill from where she lives. 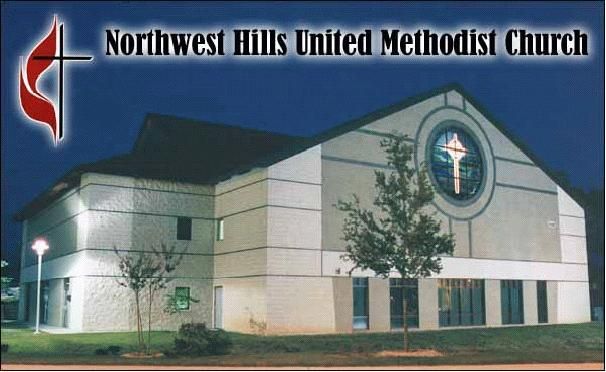 It’s actually the place where I first sensed that maybe I was supposed to be a pastor and even more specifically, a pastor in the United Methodist Church.

Well, in the early 80s, when I would come home from college on Christmas break, I’d of course stay in the Austin house with mom and dad.  The only problem with that was I hadn’t grown up there — I’d been raised in Dallas and all my friends and even a church I’d attend were there.  My parents retired to Austin during my freshman year of college.

So when Christmas Eve rolled around and I was looking for a place to go to worship  (and also wishing we still lived in Dallas!), I noticed this new Methodist congregation down the hill.  In those days, it looked nothing like the photo above … at the time it had one building, a modern-ish (for the early 80s) all purpose room.  Walking in, I was surprised to discover that we would worship almost in the round while sitting on moveable chairs, and that most of the people dressed casually.

At the time — again, early 80s — they celebrated in an informal way that I hadn’t seen before and that laid the groundwork for what became contemporary worship.  I notice by looking at the church’s website that they are involved in the Walk To Emmaus movement, and so I suspect their worship services these days have some of that kind of flavor.

But back to me.  Of course.

Something about the simple beauty of those Christmas Even candlelight services in the new but growing United Methodist congregation spoke to me.  So did the winsome way the pastor had in his preaching … I remember his name was Mayfield and I remember (I think) that he later became a District Superintendent. He was loving without being sentimental and evangelical without being aggressive.

But the overall effect on me was this:  “This feels like home.  Maybe I can be part of something like this.  I can see myself as a pastor in a place and among a people like this.  It’s modern, it’s innovative, and it’s warm.”

All these many years later, though Good Shepherd is much different in scale and style from those early days at Northwest Hills, I sure hope our newcomers would use those same words to describe us.