This is from a Mixed Doubles exhibition match I played with three other juniors from Dallas during the 1980 Avon Championships at SMU‘s Moody Coliseum. The Avon tour was the successor to the Virginia Slims and the predecessor of today’s WTA tour.

I know the other male player was William Daniel who was a couple of years young than me but also played for Princeton. I believe Kay Tittle was with us, but don’t remember the fourth. I DO remember asking Will to hit everything to my backhand so I wouldn’t have the embarrassment of a forehand in the bottom of the net in front of all those people.

Everything about the photo is so 1980 … Jack Kramer rackets, long hair, the ready position, the adidas clothes. 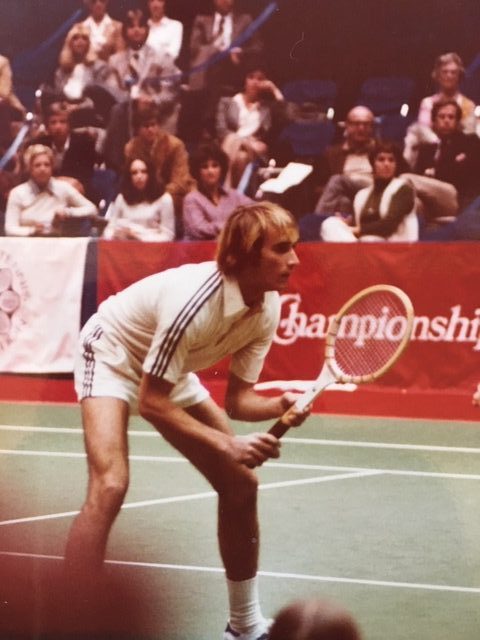