How A Surprising Gift Unleashes A Pleasant Memory

Earlier this week, a couple from Good Shepherd was cleaning out their attic, came across an ancient bible, and decided I might have a use for it.

See, the edition my friends gave is called the Douay-Rheims Bible, translated and published by our friends from the Roman Catholic tradition way back in 1582.

As it turns out, at least for me, it is a big deal.  That’s because Flannery O’Connor, a Georgia-based novelist and short story writer from the 1950s and 60s, was a Roman Catholic raised on the English translation of the Douay-Rheims.

And that particular version translates Matthew 11:12 in this manner:

” … the kingdom of heaven suffereth violence and the violent bear it away.” 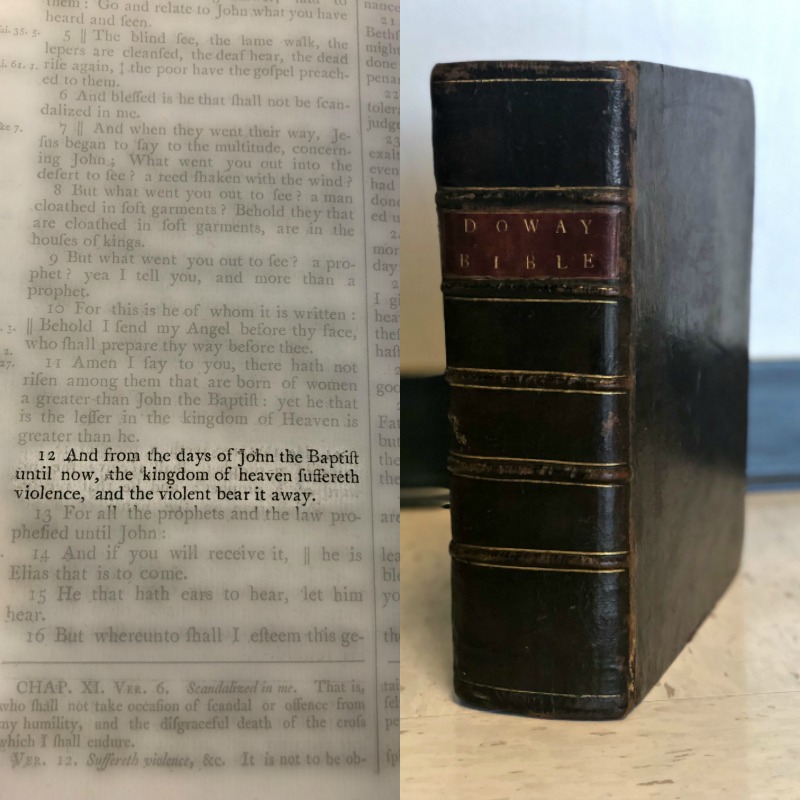 She latched on to that wording and gave it to one of her two novels:  The Violent Bear It Away, a tale that features the macabre turning point of a simultaneous baptism / drowning.

So how does that have anything to do with me or with preaching?

Well, my undergraduate thesis — yes, to graduate with a degree in English, I had to write a 122 page thesis! — focused on … wait for it … the fiction of Flannery O’Connor.

Thirty years later (2014), when it was time to do a sermon series called Head Scratchers, what was the first and scratcheriest saying of them all?  Matthew 11:12, in which you have to figure out what Jesus said before digging in to what he meant by it.  So that first head scratcher in 2014 started in a place unlike I’ve started a sermon before or since:  what is the best translation?  I even told the story of Flannery O’Connor, that thesis, and my preference for “the violent bear it away” as opposed to other translations.

That sermon even featured a last minute bottom line change — one I realized during  Sunday morning breakfast:  Jesus has to conquer his friends before he can conquer his enemies.

Anyway, why this long story of an attic bible, a Southern novelist, and a four year old sermon series?

Because by the goodness and the grace of God, the spade work for Head Scratchers caught the eye of the editorial team at Abingdon Press who reached out to me and asked if I’d consider partnering on a bible study project with them based on that sermon series.

You can order Head Scratchers and its four companion studies here. 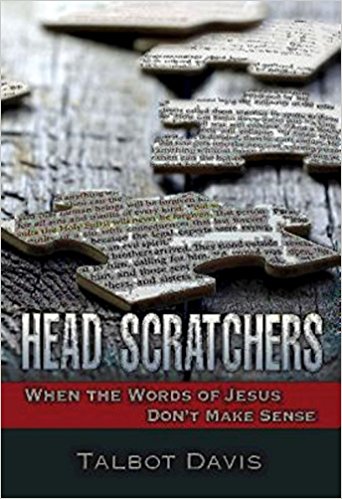