In my occasional dark nights of the soul, I wonder:  “is what I’m doing anything other than some motivational speaking on a Sunday morning?”

Seriously: do people come to Good Shepherd or to any church simply to have their ears tickled and the hearts touched?  To feel like they’ve made some connection with a vague “something” out there in the cosmos that helps them approach the coming week with a bit more hope and resilience?

Am I just a pseudo-sanctified Tony Robbins, albeit with half the hair, a quarter of the enamel, and a fraction of the following? 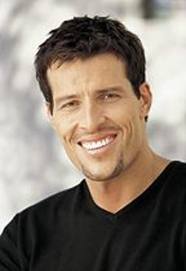 Well, it’s sure possible to fall into that trap, for me or for any other preacher.  And if I succumb to that temptation towards motivational speaking then the dark night of the soul will become a dark month or season or year.

Which is why it is wise never to veer too far from Paul’s words in I Corinthians 15:

What did Paul communicate to them and then remind them of?  The Gospel.  The story, the history, the facts, the world-tilting events of the first Easter weekend.

And how did he communicate it to them?  By preaching.  Not by example, not by poetry, and not by motivational speaking.  By preaching — heralding the story that shapes and defines each individual story.

So as long as I and my fellow Sunday preachers do that, well, we can leave the motivational speaking to others.

And become instead story tellers for the church.