My Sunday As A “Campus Pastor”

It was a chance for me to meet a good number of people who had previously only known me in two dimensions — as a video preacher.

And it was an opportunity for Chris to make some re-connections on Moss Road and establish even more preaching credibility to go along with his pastoral skill.

Here he is in action: 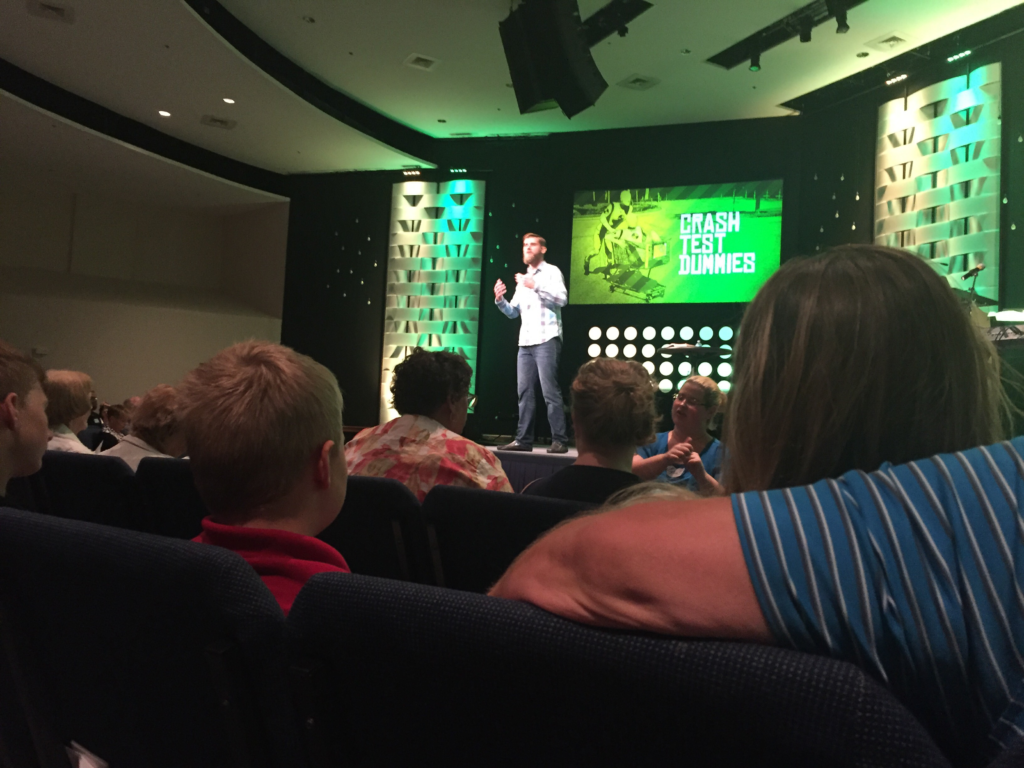 I’d say my highlight was meeting the Zoar Road bass player.  He connected with the Zoar mission early on, and so I had never met him on Moss Road.  Yesterday was his first Sunday with the band, and it was a baptism by fire:  the service closer was “Say So” a vibrant yet complex tune with an incendiary bass line.

My new friend not only hit all his notes but did so with an expression of sheer delight and utter concentration on his face.

Which is sort of how Chris Thayer preached.