Something very small happened in between yesterday morning’s worship gatherings.

But it had a large impact.

During the sermon itself, I used a demonstration involving Gatorade (the energy drink!) to show how it is that many moms and dads pour into parenting what they avoid in marriage. 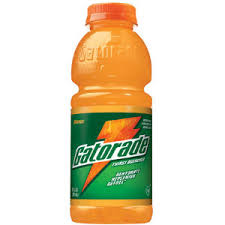 Which meant, of course, that in between each service I would need to take my pitcher and my now-empty-litre of Gatorade into a nearby bathroom and empty the one back into the other so the demonstration would be ready at the next gathering.  Not rocket science, obviously, but a little bit time consuming.  And potentially sticky.

Well, after the 8:30 service, one of our most reliable volunteers approached me and asked if he could handle the Gatorade switch.

I said yes.  And never worried about it again.  He did the same thing after the 10:00 service.  And after the 11:30, he put the Gatorade into the church refrigerator and washed out the water pitchers.  All without me asking and all allowing me to meet and greet people in the way I like to do on Sunday mornings.

I looks on the inside like the Body Of Christ.