Here I am with Danny Miller, pastor of Bethesda United Methodist Church near Lexington, NC. 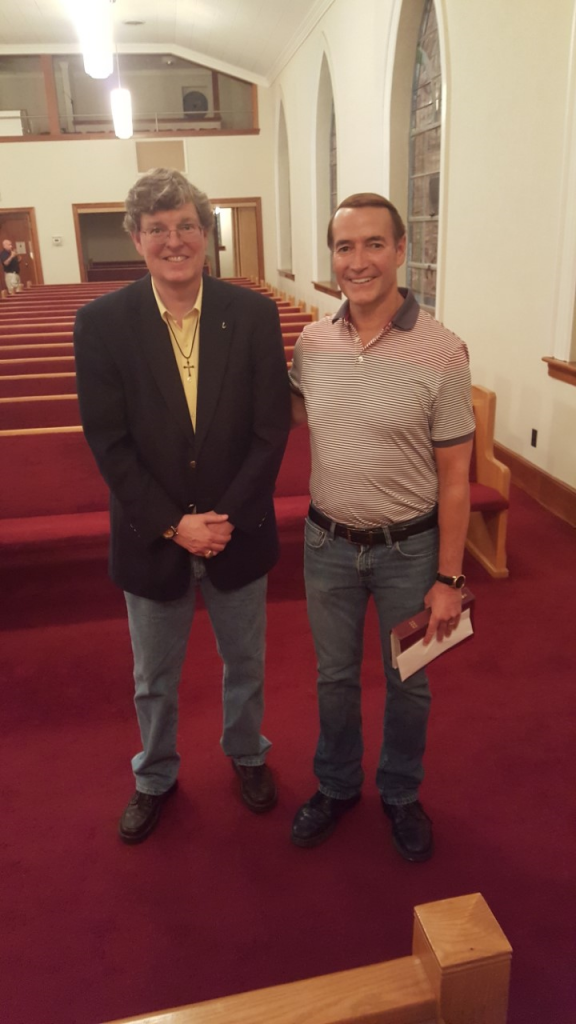 Along the way, I gave the people a sneak preview of material from Crash Test Dummies and prompted a number of them to pick up their own copies of The Storm Before The Calm, Head Scratchers, Solve, and The Shadow Of A Doubt.

On three of the nights, I drove back to Charlotte so I could be in the Good Shepherd office during the day.  I spent Tuesday night in Lexington, which allowed me to do some much needed future sermon work in the Davidson County library AND eat some famous Lexington barbecue.

As always, it was great to reconnect with Danny, to make new United Methodist friends, and to sing revival standards like, well, Revive Us Again and I Surrender All.