The Pathfinder launch was terrific last night. I had given a description of it and prediction for it here.

It showed the power of simplicity: we promoted this one thing and promoted it heavily, it is now our one way of starting new small groups, and it has easy on-ramps and off-ramps. Because of all that, people really responded. We now have over 150 people in Pathfinder groups who had no small group connection to Good Shepherd before.

One of the best things about the evening was . . . how many people I didn’t know. There are more people getting connected to the move of God at Good Shepherd than I realized.

Rebecca Grayson and James-Michael Smith did a marvelous job as MCs / Comedic Relief: 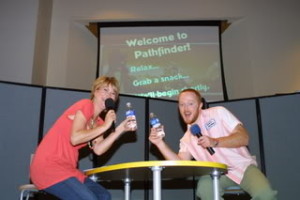 The room was packed: 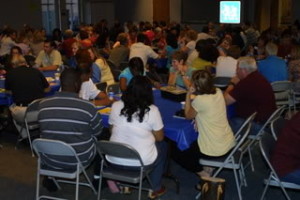 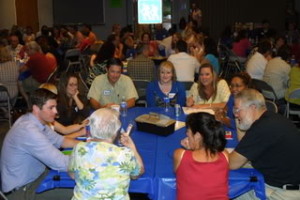 And now these table groups will turn into home groups for the next six weeks.

Feel like you missed something? That’s OK. The next Pathfinder launch is October 22.

Because you weren’t meant to walk alone.