About three months ago, I thought I had settled on a Christmas series.

The series title was solid, some of the individual message titles had the potential to be provocative, and I’d even opened up a file folder to collect my research, notes, and brainstorms.

And then somehow, the idea of God Drops came into my mind.  It’s a nonsensical concept, really.

But I played with it a bit and realized some Christmas parallels — God Drops Hints, God Drops In, God Drops Mic … you get the idea.

So what to do?  I had a solid idea that already had a file started and then this odd thing percolating in my mind.  How to decide?

I did what I almost always do.  I called Chris Thayer, our Zoar Campus Pastor and co-laborer in wordsmithing, and bounced the two ideas off him.

This was a phone conversation.  I think I was driving.

But what I know is that the energy in my voice and enthusiasm in my inflection when proposing God Drops made the decision into no decision at all.  I didn’t even have to ask Chris’ opinion because I heard the difference in my own voice.

God Drops was energizing, catalyzing, whimsical, and serious.  In comparison, the other option was Christmas-As-Usual.

And then, to top it all off, I realized God Drops could incorporate our tastiest, cavity-iest inviting tool of them all. 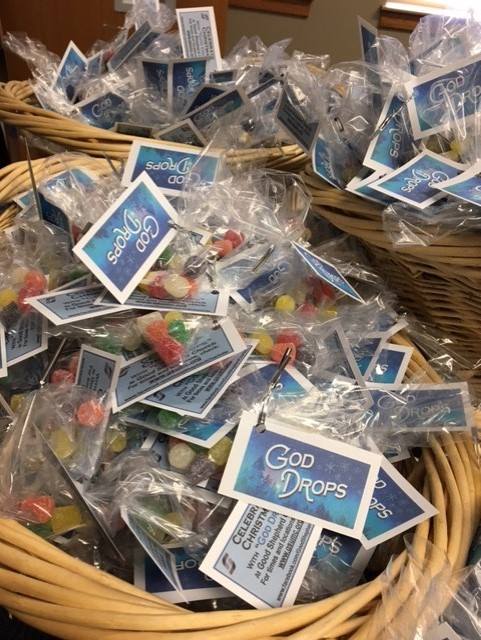