#OneSixtySeven, Week 3 — The “We Are All Just Prisoners Here Of Our Own Device” Sermon Rewind 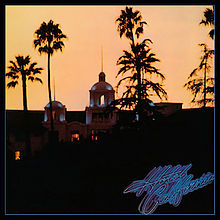 And the moment most of you hear those sounds and see those colors, the adrenaline starts to pump, the anxiety begins to swell, the urge to respond becomes irresistible, and you are soon overwhelmed with the impulse and the thought:  I must check this and I must check this NOW!  If I don’t see who this is and what this is my world will end!  Got to Do. It. Now!!!

And what you have experienced is the triumph of the urgent.

And living through this scenario and the resulting triumph of the urgent is how a lot of you spend a lot of your 167.  Did you know, for example, that …

70% of office emails are answered within six seconds?  (And the other 30% are not answered at all?)

A survey of Young Adults revealed that 46% would prefer a broken bone to a broken phone?  (And the other 54% have just never had to live a day with a broken phone?)

Yeah, a lot of us in this place are living the triumph of the urgent and living it repeatedly.

And do you know why?  Why it’s a triumph and why it’s urgent?  Because dopamine.  Dopamine is a chemical that fires in your brain, giving you temporary euphoria, purpose, elation, and drive.  It’s actually the part of your brain chemistry that fuels addiction – that mistakes a good thing for the only thing, that can make a crack addict live only for the next hit; make a gambling addict stay at a slot machine for days on end, that will make a person with an eating disorder see weight in the mirror when actually he or she is wasting away.  And the way our devices work on our minds, during the 167, is to fuel that same dopamine dominated response.  The pictures of your brain firing on crack, firing on port, firing on gambling, and firing on alerts & notifications from your hand held device all look exactly the same!  And when it is that common and that pervasive and that available and that powerful, you know the Eagles really were right, just 40 years ahead of time:  we really are just prisoners here of our own device.

And talk about the power of the 167 that clouds your ability to understand the ONE!  2 Corinthians 10:5 says it this way:  … we take captive every thought to Christ … and the reality is that the more most of us are connected to our devices, we’re not taking thoughts captive; they’re taking US captive.  It’s a shiny, addictive, hand held idol that keeps us at the mercy of the most recent, the most urgent, the most head down when I’m walking, the most habitual I’ve got to check it every few minutes, the most what’s going on IN HERE is more interesting that all you OUT THERE.  Because here’s just a slice of how constant access to urgent info fills us:

You don’t have enough.

Trump is the devil.

Trump is the Savior.  (Both those jobs are already taken, by the way.)

Lord, you post something, putting it out there like a trial balloon.  Why no Likes?  Why so many Likes but not Loves?  What am I doing wrong?  And WHOOOOO!  All those good pictures people post!  They all look so put together, such shiny happy people, and you suddenly feel so inadequate.  Because face it:  that’s everyone’s Highlight Show.  And you’re comparing their Highlight Show to your Blooper Reel and you ALWAYS LOSE.  I love preachers.  Sort of.  They take selfies in front of their worshipping congregations … but never on the Sunday after July 4th when no one is there.  It’s always Christmas Eve, candlelight, packed house.  You never measure up.

And the end result of all this 2 Cor 10:5 in reverse – it holds your thoughts captive! – is the worst of all: you simply stop thinking.  Dopamine takes over, mind shuts off, and life is governed not by initiative but by response.  Not by advancing but by reacting.  It dulls our minds and mutes our ambition and quenches our creativity and left you in a permanent state of distraction.  Goodness, I so remember being among a GREAT group of pastors – 25 of us or so – and part of this program where they’d bring in top notch speakers.  We’d be in these rooms, around tables, hearing from some of the top church experts on planet earth, and my colleagues were glued to their device not to the speaker.  The urgent won out over the important.  (In those days, all I had was a flip phone and an abacus, so I was good.)

One other thing I find especially noteworthy in how this triumph of the urgent is working in our midst.  We have begun to outsource our memory.  Huh?  Yeah: we check things online that we already know.  Why?  Because it’s THERE and it’s EASY.  Whether it’s phone numbers or addresses or trivia, we’re retrieving information rather that working our own brains to resource it out.  And since the act of remembering is the act of thinking, we’re not optimizing our God given brain power.  Oh, and one other thing, moms and dads: there is an incredible, indelible connection between device time & depression / anxiety in teens.  This quote:  (av) SMARTPHONE ADDICTION CORRELATED WITH NEUROCHEMICAL IMBALANCES IN THE BRAIN.  Whew!  We’ve surrendered to the urgent, thrown ourselves at its mercy & it showed no mercy in return

Now: I’m not advocating going back to the 1500s – which, by the way, is when the tradition of June weddings started because people took their ANNUAL baths in May & still smelled OK by June & the bouquet was to cover the growing scent – but I can’t help but think that in some words more ancient even than 1500 we find the keys out of our self-made prisons.  Because in Matthew 6 Jesus is talking about worry, anxiety, approval, and applause – all the things we seek from our device & the same things it deprives us of! – and winds it all at 6:33:

But seek first the kingdom of God and his righteousness and all these things will be given to you as well.

Seek first a Million Followers, right?  Seek first 5K FB friends because then it stops counting, right?  Seek first to go viral, right?  Nope to all that.  Seek first THE KINGDOM, he says, and his righteousness.  Seek first union with God, knowing God, thinking as God thinks … and all the acclaim and approval and purpose you seek IN VAIN on here (!!!) you will get FOR REAL.  You seek all these things and you’ll never have them; you seek me, and not only do you get me, you get all these things thrown in.  Not monetized, viralized, weaponized; simply because it is the character of the giver.  What a glorious synopsis not of the Gospel, but of the benefit of living a Gospel centered (rather than device centered) life!

See, the heart of King Jesus is that we not fritter away time, energy, and brain matter on that which is both temporary and destructive.  No wonder it is messing with your literal brain function in a way no thing in human history ever has!  Instead of worshipping at the altar of the one messing your brain chemistry, how about we praise the honor of the one who designed it in the 1st place? Why be captive of the urgent when you can be captured by the ultimate?

Because in this pursuit of the kingdom and the king’s righteousness really is everything we need.  So many of us long for the applause of the crowd, forgetting that we already have the approval of the king.  Re-focusing the 167 is all about getting some enlightenment on our dilemma, setting some boundaries to our behavior, regaining a focus for our brains.   A bit like what happened when Henry Aaron (AV) was up to bat one time while Yogi Berra of the Yankees was the catcher sitting below him.  And Yogi was a talker. TALK-ER.  And this day he was in especially fine form.  “Hank,” he said, “You got the writing on your bat in the wrong place.  You better check it.  The words should be facing you.”  Nothing from Aaron.  A few pitches went by.  “Hank, you REALLY need to check your bat.  You’ve got the words going the wrong way.  I’m scared for your health!”  Nothing from Aaron.  One more pitch.  WHOOOMP!  Over the fence, one of the un-steroided record of 755 total!  As Aaron round the bases & ultimately crossed home plate he said to Berra, “I didn’t come here to read.”

Oh and you didn’t come here to waste.  You didn’t come here to live in feedback loop that raises anxiety & lowers contentment, that keeps you reacting, dopamine-style, all day.  You came here to seek, to pursue, to engage, to have grace on top of grace.  Why be captive of the urgent when you can be captured by the ultimate?

So I need to get very practical here.  Here are some steps to clearing your mind by reducing device clutter.  1) Turn the sound off.  Do you hear that?  No, you don’t!  In contrast to how I started the talk, it’s nothing.  You eliminate one sense from the mix & watch the dopamine fires recede!  2) First 15 AND LAST 15.  We’ve talked before about blocking out the #First15 minutes of the day.  But the last 15 are just as important. Screen time before bed time is almost like taking a caffeine pill instead of an ambien.  3)  Keep it off your body as much as you can.  In another room.  The more your device feels like an appendage, the more it controls you.  4) If, by chance, you HEAR those alerts or SEE those notifications, repeat to yourself:  THE URGENT DOES NOT EQUAL THE IMPORTANT.  Urgent is not important.  Which means it’s probably better to complete that left turn in heavy traffic before replying

And then, finally, I want your mind to be freed.  Loosed.  I really want you taking some thoughts captive.  And there’s no better way for that to happen than through memorizing Scripture.  Empty mind of dopamine fueled addiction; fill it with eternity.  And what better verse to start with than Matthew 6:33?