Yesterday — Sunday, November 25, 2012 — involved some interesting numbers in my life and in the life of Good Shepherd United Methodist Church.  Here goes . . .

2,846 shoeboxes collected and distributed for Operation Christmas Child.  We set a goal of 2,000 boxes and in response every ministry area at this church, ranging from scouts to preschool to student ministries and beyond, worked to reach and then surpass the target.  When I heard the number myself, I could only thank God again for the privilege of serving among such a remarkable group of people — people who love our Radical Impact Projects and respond brilliantly when we set impossible goals for them.  If you think this goal was big and that achieving it was satisfying . . . just wait to see what we have for you in January, 2013.

5 believer baptisms by immersion.  We celebrated two at the 8:30 service and then three more at 10:00.

0 of the above baptisms in which I served as the sole pastoral “officiant.”  For three out of the five, parents baptized their own believing children — how great is that? — and then for another, a Good Shepherd Life Group baptized one of their own — how even greater is that?  For the fifth baptism, Pastor Ron Dozier and a Good Shepherd mentor baptized a young woman new in faith.

1 homegrown missionary who gave a Word.  At our 11:30 service, Stephanie Hardy, long-time Good Shepherd member turned missionary with children of American military personnel stationed in England, shared her experience over the past year in the mission field.  We’re always so glad when Stephanie has a few weeks home in Charlotte. 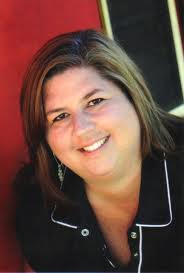 2 adult children of ours who went back home on Sunday after the Thanksgiving holiday.  Our 23 year old daughter Taylor returned to her work and apartment in suburban Atlanta while our 20 year old son Riley  returned to his dorm room and dream job as a sorority house dishwasher at UNC-Chapel Hill.

4 bi-lingual sermon translators we thanked with a luncheon after church.  Why did we thank this Spanish-English crew as we said farewell to that particular season of ministry?  Because next week we launch our first ever all Spanish worship service during the 11:30 worship hour, led by Sammy Gonzalez and meeting at the Corner Campus.

97 is the age my mother, Betty X. Davis, turned yesterday.  Whatever term you want to use to describe her — supernatural specimen, medical marvel, or freak of nature — it fits.  At 97, she still plays tennis, hosts family gatherings, attends political rallies, writes books & articles, and even goes to movies.  She saw Lincoln last week with two of my sisters.  In fact, the only time she has come close to showing her age was when we were discussing a current novel — Gillian Flynn’s Gone Girl if you must know — and she expressed a mixture of awe and revulsion that modern authors can use the same swear word as a noun, verb, adjective, and adverb. Perhaps that’s one of those cases when we would all do well to act my mother’s age. 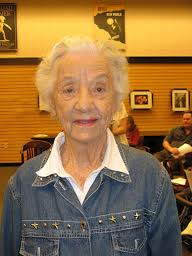