Here are some thoughts originally posted in 2010 but worthy of a revisit.

Ironically, after this post seven years ago, Brad heard about it through some internet friends, and we reconnected.  Teenage rivalries tend to lose their intensity in middle age …

I always remember that November 2 is Brad Stoffel’s birthday.

Who is Brad Stoffel and why do I remember his birthday?

Brad was my chief rival for the top ranking in Texas tennis between the ages of 12 and 16.

And he beat me fifteen times in a row.

There’s not a lot of joy in being #2. I followed most of those losses with a heavy dose of tears.  Here we are, a study in contrasts, after he beat me in the finals of the Texas Sectionals for Boys’ 12-and-under.  Yes, I still remember the score:  6-4, 6-2. 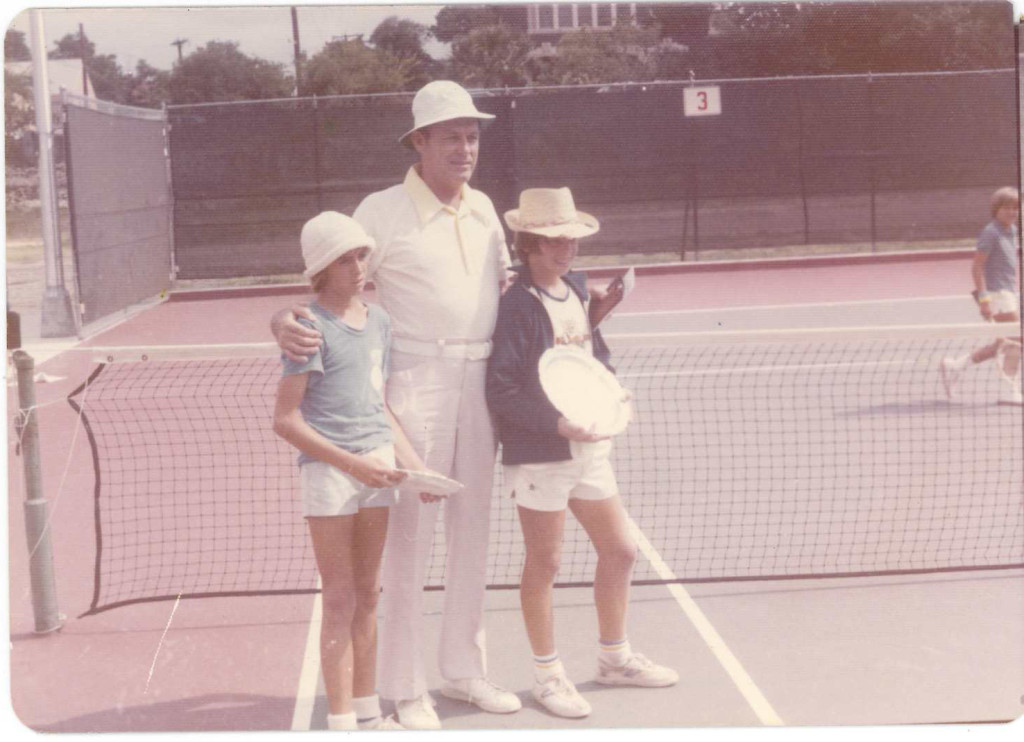 Finally, unexpectedly, miraculously, the streak came to an end at a match in Houston when we were 16. Things were never quite the same after that day.

I don’t know where Brad is these days or what he’s doing as a 49 year old. [Update … at 55, I DO know the answers to those questions.] And I’m quite sure that he doesn’t remember my birthday. He probably remembers the 15 wins and the later reversal of fortune. Perhaps he’ll get some kind of google alert about this post.

But what are the top five things I learned from losing to the same guy 15 times in a row?

5. Practice matters. Early on, Brad had better practice habits than I did. He worked harder. He was fitter and faster. I thought I should win because my strokes were slightly more refined than his. No.

4. Confidence matters more. As a kid, my self doubt was written on my face and in my posture. Not so with Brad.

3. Success happens in surprising ways. When I finally won that day in Houston, I did not play “the match of my life.” I had even been in a slump before the tournament began. I remember losing the first set 6-2 and thinking “here we go again.” But I hung around and for the first time in a long time he made some mistakes at critical times. The next thing I knew, I was at the net shaking his hand.

2. As Jim Valvano said, “never give up.” That one is true of life in general, not just sports in particular. There is short term value and long term reward to the simple virtue of persistence. After almost every one of those 15 losses, I vowed, “That’s it. I’m quitting tennis.” But I’d get up the next day and start over. Because . . .

1. Listen to what your dad says. My dad had to endure a lot of tears. He had to build back up a lot of broken down confidence. But he did it with such quiet assurance. I can hardly count the number of times he said, “Stay with your game. One day it will all come together and you’ll beat him.”