Lunch With A Preacher And Then Holy Communion 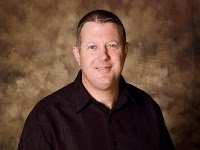 This past week, I had lunch with Kelvin Smith, the pastor of Steele Creek Church Of Charlotte, a large, independent, multi-ethnic, charismatic congregation located about five miles from Good Shepherd.

Though we’ve been serving in proximity to each other for the past 12 years, our sit downs have been quite irregular. We knew it was time to correct that.

So as Steele Creek prepares to move into its new facility, I wanted to share with Kelvin the few things we did right and the several things we did wrong in making that same transition back in 2005.

Anyway, throughout the meal I realized again that Kelvin and I have very different wiring. For example, he will call me “brother” with complete authenticity. On the other hand, I couldn’t call someone “brother” with a straight face if my life depended on it.

But those differences are simply external. Because throughout the lunch, Kelvin and I celebrated a common passion: to lead and serve in congregations that are “full color.” Our highest aim is to pastor communities of people in which man-made divisions of race and class are torn down by the liberating power of the Holy Spirit. We both recognized that we had the rare privilege of being in position to do just that.

And then, on Sunday morning, that point came home. While serving communion at the 11:30 service at Good Shepherd, I was simply astounded at the number of people coming forward for the bread and cup who did not look like me.

Africans, African-Americans, Latinos, and Asians . . . distinctive peoples coming up to share in the common loaf.

My gosh, that’s what church is all about. Kelvin helped me see that.

Which gets me thinking . . . maybe that pastor’s lunch on Friday was really just the first time I took communion this weekend and Sunday morning was the second.