On Wednesday evening, I was able to support the ministry of my 25 year old son Riley and his wife Natalie. 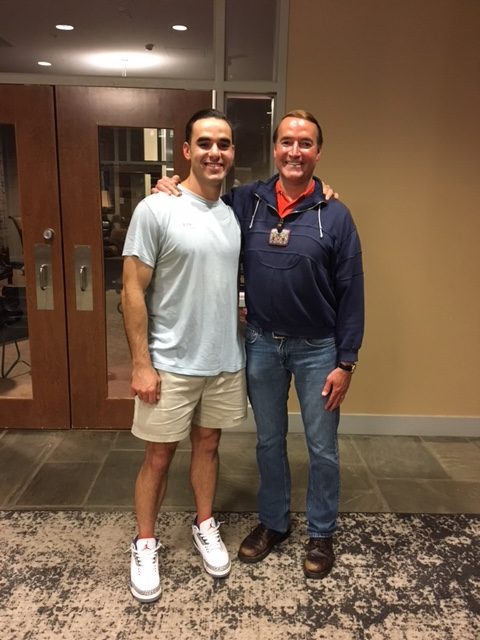 Yes, they are part of the Campus Crusade For Christ (these days called more simply “Cru”) at the University of Tennessee in Knoxville.  Riley asked me to speak to a group of his leaders as they wind down their school year.

So I trekked to Knoxville and gave a version of a One Sixty Seven talk called The Oldest Religion In The World.  We explored some of the ways that Genesis is a story of the origins of human behavior and then zeroed in on the serpents who still try to convince us we know better than God what is best for us.

Anyway, here are some of the leaders in Riley and Natalie’s ministry: 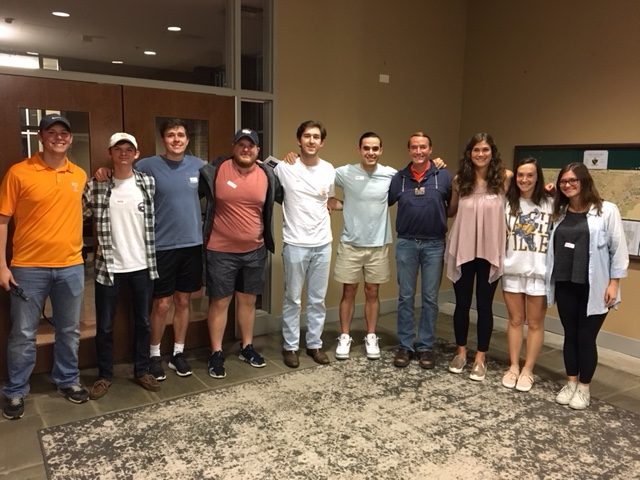 Who knows?  A few of them may have received complimentary copies of Crash Test Dummies for that attendance and their patience.