Leading When Leadership Isn’t Your Thing

I spent a good chunk of yesterday at Clemson University speaking with a group of students from the Delta Sigma Pi Business Fraternity.

The trip and the talk was the brainchild of Clemson student and DSP officer Cory Brooks whom I have known since he was four years old as both neighbor and member of the Good Shepherd family.  Here I am with Cory after the presentation, as he is holding a certain book I may have brought with me. 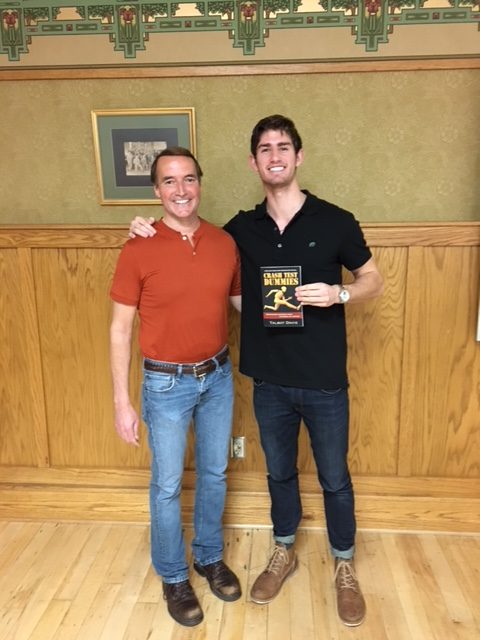 Since this was a gathering of present and future business leaders, I spoke about Leading When Leadership Isn’t Your Thing.

(Oh yeah … I also told them that the last time I was in Clemson was 34 springs ago when Princeton played two matches there in one weekend.  I remember when our plane landed and I saw the warm April beauty of the Carolinas, I thought, “Yep, I’m going to go to seminary in Kentucky and then live in the South.”  Done and done.  I also told them that I lost my match to the Clemson player and broke my racket after the handshake.  The next day, I rather improbably played one of the matches of my life and beat the player from Trinity U in San Antonio, 6-1, 6-2.)

My talk focused on the reality that many of the future business leaders in the room don’t have natural leadership gifts.  They avoid conflict rather than address issues.  They comfort pain rather than compel behavior.  They focus more on what happened than where are we going next.

I could be that specific because all of those are my preferred behaviors and modes of thinking.  Pastoring and leading are often two very different animals, and I am more comfortable with the former than the latter.

So I took my new friends through a quick journey of the However Kings in I Kings and II Kings — examining them as leadership documents and not religious texts — and gave one takeaway line for reluctant leaders:

What you tolerate today will dominate you tomorrow.

At home, in your personal life, in your denomination, in your relationships, and most especially in your work environments.

It’s true for those who are born to lead and those who have to learn to do so.

It’s likely true for you.

What you tolerate today will dominate you tomorrow.

Do you lead a small group or are you part of a leadership team at church? Sign up to receive my LifeGroup/Leadership Newsletter.

Do you keep repeating the same leadership mistakes, over and over again? Learn how to stop running into the wall with my latest Bible study book, Crash Test Dummies. 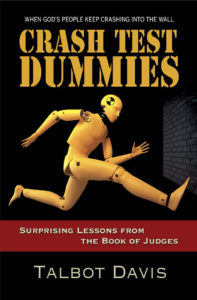