This past Tuesday night, our very own James-Michael Smith held the opening session of our Fall Bible Class, Let’s Talk About Sex. 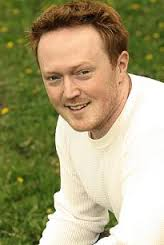 Many of you know that I believe JM is one of the finest bible teachers around, and that in fact his own scholarship has greatly influenced my own reading of Scripture over the last ten years or so.

Yet as good as James-Michael usually is, I’ve never seen or heard him better than Tuesday night.  I told him afterwards that he didn’t bring his “A Game”; he brought his “A+ Game.”

The purpose of the class is NOT to teach students WHAT to think about sex.  It is to teach us HOW to think about it . . . how can we develop a mindset that is both biblical and holistic when it comes to our views on marriage, divorce, same-sex intimacy, and gender identity.

Among the many compelling one liners and thought provokers JM delivered on Tuesday, here are just a few:

I think I will.  And so should you.  Sign up here.