Good Shepherd In The Charlotte Observer

This story was in the Sunday morning edition of the Charlotte Observer, courtesy of correspondent Marty Minchin:
Good Shepherd Church’s Latino ministry has progressed far from the days of Latino parishioners listening to sermons translated to Spanish through special headphones.
Ten years ago, senior Pastor Talbot Davis’ father-in-law served as the church’s sole translator at the church’s 11:30 a.m. service, speaking the sermon in Spanish in real time for Spanish speakers in the pews.
This month, Good Shepherd’s Spanish-speaking service, which meets on Sunday mornings across Moss Road from the main church, celebrated its two-year anniversary and the recent increase in average attendance from 60 to more than 100. 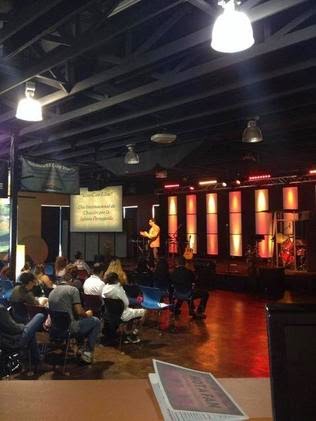 “We’ve grown, and we’re doing really well,” said Sammy Gonzalez, a student at Gordon-Conwell Theological Seminary who also serves as pastor of the church’s Latino ministries.
The Latino ministries at Good Shepherd Church, which comprises people from 20 Spanish-speaking countries, includes the Sunday service and an after-school tutoring program at Twin Lakes Estates, a mobile home community in Fort Mill, S.C.
Gonzalez, whose heritage is Puerto Rican, moved to the Charlotte area from Connecticut to attend Gordon-Conwell. He began attending Good Shepherd in 2009 and joined the church staff 18 months later. The Spanish-speaking service, which the church describes as providing the message in the congregants’ “heart language,” began in 2012.
Davis, whose wife is half Puerto-Rican, occasionally has delivered a sermon in Spanish, but Gonzalez primarily speaks on Sundays. He bases his sermons on Davis’ sermons, personalizing and adapting them for the Spanish-speaking group.
It’s important that the Spanish-speaking service not be seen as a separate congregation, Talbot said, so all Sunday services at Good Shepherd deliver the same message.
The church is taking further steps to bring the congregations together, notably building a 17,000-square-foot building adjacent to its current facility where the Spanish-speaking service will meet. It should be open by mid-2016.
The building will be called “The Living Room,” a reflection on the church’s mission to “invite all people into a living relationship with Jesus Christ,” Davis said.
Spanish and English speakers will enter their services through a common lobby.
“It’s a place for living relationships to occur,” Davis said of the new building. “They will be connected to everyone who’s in the English service. We think there’s great possibility for connection and friendship.”
Now, the Spanish-speaking service is held in a former Hollywood Video store. Latino parents must check their children in the children’s ministry at the main building, then cross Moss Road, which can be busy on Sunday mornings.
Gonzalez said the new building will give the Spanish- and English-speaking churches a sense of being one church.
The Living Room will seat several hundred people, and church leaders hope that the Spanish-speaking service will continue to grow.
Its new ministry in Twin Lakes Estates is connecting the church with more Latino people. The church rents a mobile home in the community, and twice a week volunteers help Hispanic students who live there with their homework.
Gonzalez said the church wants to be known in the community as a group that cares about people and families and wants to serve them.
“People in this area, they have found something they love and really connect with,” he said.

Marty Minchin is a freelance writer. Have a story idea for Marty? Email her at martyminchin@gmail.com.