Good News From Cambodia . . . And Good Shepherd Played A Part

Below you can read an update from the International Justice Mission citing the dramatic decline in human trafficking in the nation of Cambodia.

Particularly startling:  the percentage of exploited minors in three key areas has gone from 15% down to 2.2%.   Which means that there are adolescent girls in Cambodia who are walking in dignity and freedom who otherwise would be trapped in the “rape for profit” industry.

What does Good Shepherd have to do with any of this?

In November of 2007, we took all of our Sunday offering for one day and gave it to IJM.  The people of the church responded that day with a then-remarkable $84,000.

We liked that radical impact project so much that we did a reprise during Christmas of 2010.  We devoted all of Advent to teaching, persuading, and squirming on the subject of trafficking, freedom, and generosity.  The people of the church responded by giving $207,000 to IJM.

And now it’s coming to pass.  God is good.

This year marks thirteen years since IJM’s first rescue operation in Cambodia—a country where sex tourists could once purchase young girls for sexual exploitation without fearing any consequences. IJM Founder Gary Haugen and a team of senior leaders were in Phnom Penh this week to celebrate remarkable progress, and to honor the IJM team and committed partners who have made the impossible, possible. 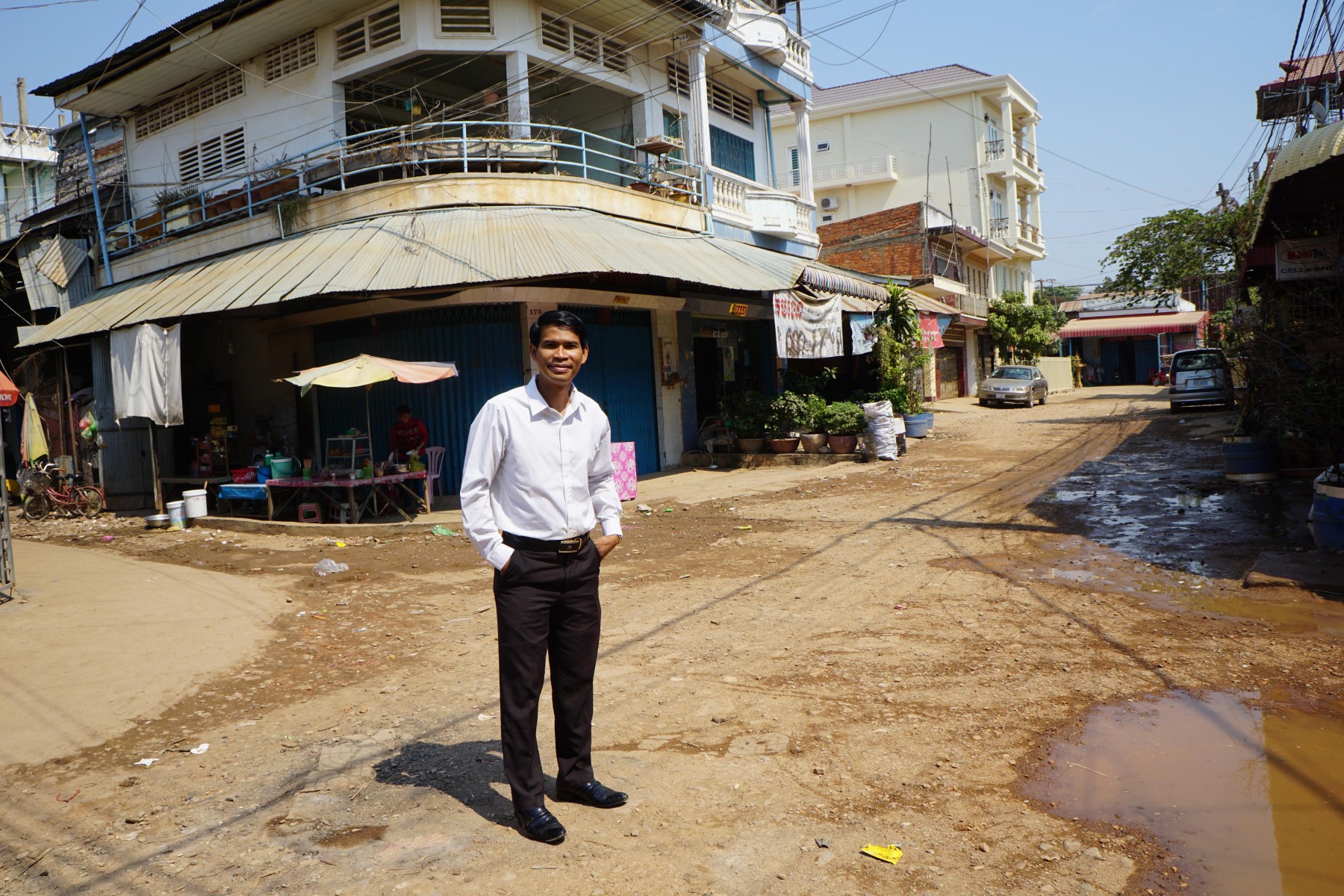 IJM lawyer Sek Saroeun stands on the street where IJM helped officials with our first rescue operation to free 37 girls from a brothel where they were being sold for sex. Today there is a new story unfolding in Cambodia.

Today, children are safer because traffickers are caught and jailed for their crimes—all thanks to years of hard work and collaboration between the government, police, courts, social services and non-profit organizations.

Cambodia is no longer a haven for sex tourists and traffickers to exploit young children. See why:

The progress in Cambodia is remarkable. In the early 2000s, the government estimated the prevalence of minors being exploited in Phnom Penh’s commercial sex market to be 15-30%.

A 2015 IJM study shows the prevalence of minors has dropped dramatically—in three locations known to be major commercial sex markets, minors make up only 2.2%. And it’s nearly impossible to find any young children—with minors under 15 making up less than one-tenth of one percent. Learn more >>

Marking the Transformation with Celebration

Pausing to celebrate the progress in Cambodia—even when more work remains—is as much a discipline as strategizing for the next anti-trafficking project.

Gary Haugen and an IJM delegation met with Deputy Prime Minister Sar Kheng on Thursday, January 27, to commend him for his leadership in the fight against human trafficking in his country. As the Minister of Interior, His Excellency Sar Kheng has strengthened and grown the National Committee for Counter Trafficking, as well as the national Anti-Human Trafficking & Juvenile Protection Police units.

This kind of strong political will—augmented by a well-trained police unit and an effective judicial system—is how crimes against the poorest and most vulnerable will stop. Cambodia’s progress in protecting young children from the horrors of sex trafficking offers a replicable model for other nations trying to eradicate slavery.

I am coming from the World Economic Forum, where I met many world leaders interested in addressing the problem of human trafficking. I was able to tell the story of transformation that you have achieved here in Cambodia.

IJM convened government and NGO leaders on January 26 to commemorate the dramatic reduction in prevalence of young children being sold in Cambodia’s sex trade and share in the success. Senior-ranking officials from the Cambodian National Police, Ministry of Justice and National Committee for Counter Trafficking spoke about the gains made and importance of remaining vigilant.

“Nothing is more important than protecting our citizens so they can live in safety and happiness,” said General Ms. Youk Sokha, adding proudly from the podium, “Through our collective effort, the prevalence [of minors being exploited in the sex industry] has gone down to two percent.” 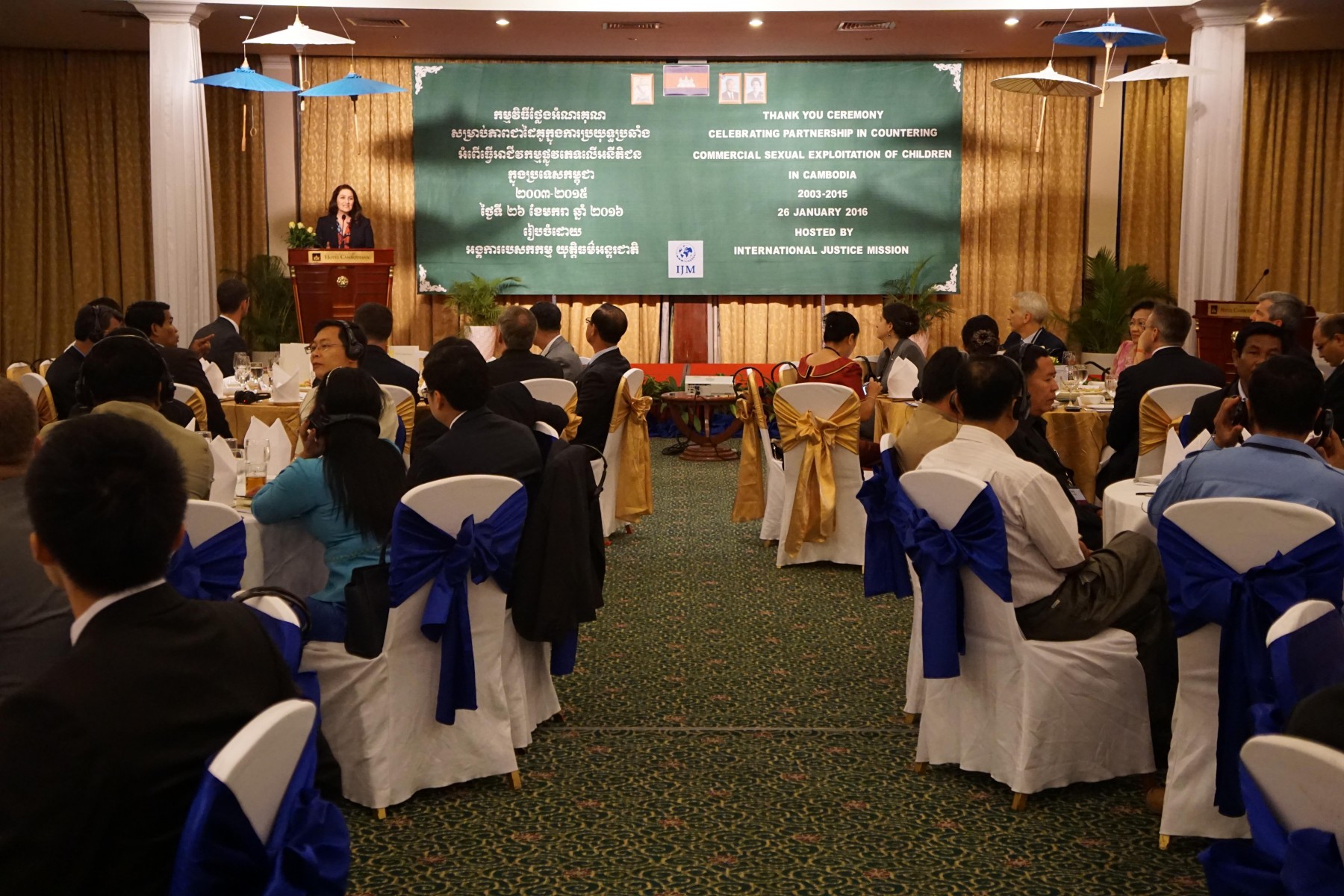 In her keynote address, Secretary of State Chou Bun Eng, the Vice Chair of the National Committee for Counter Trafficking, painted a picture of how different the community is today—as compared to the early 2000s when brothels were “mushrooming” and the sale of young children for sexual exploitation was rampant. She closed by sharing her appreciation for the ways IJM has contributed to that change by working on hundreds of cases and training more than 500 police throughout the country. 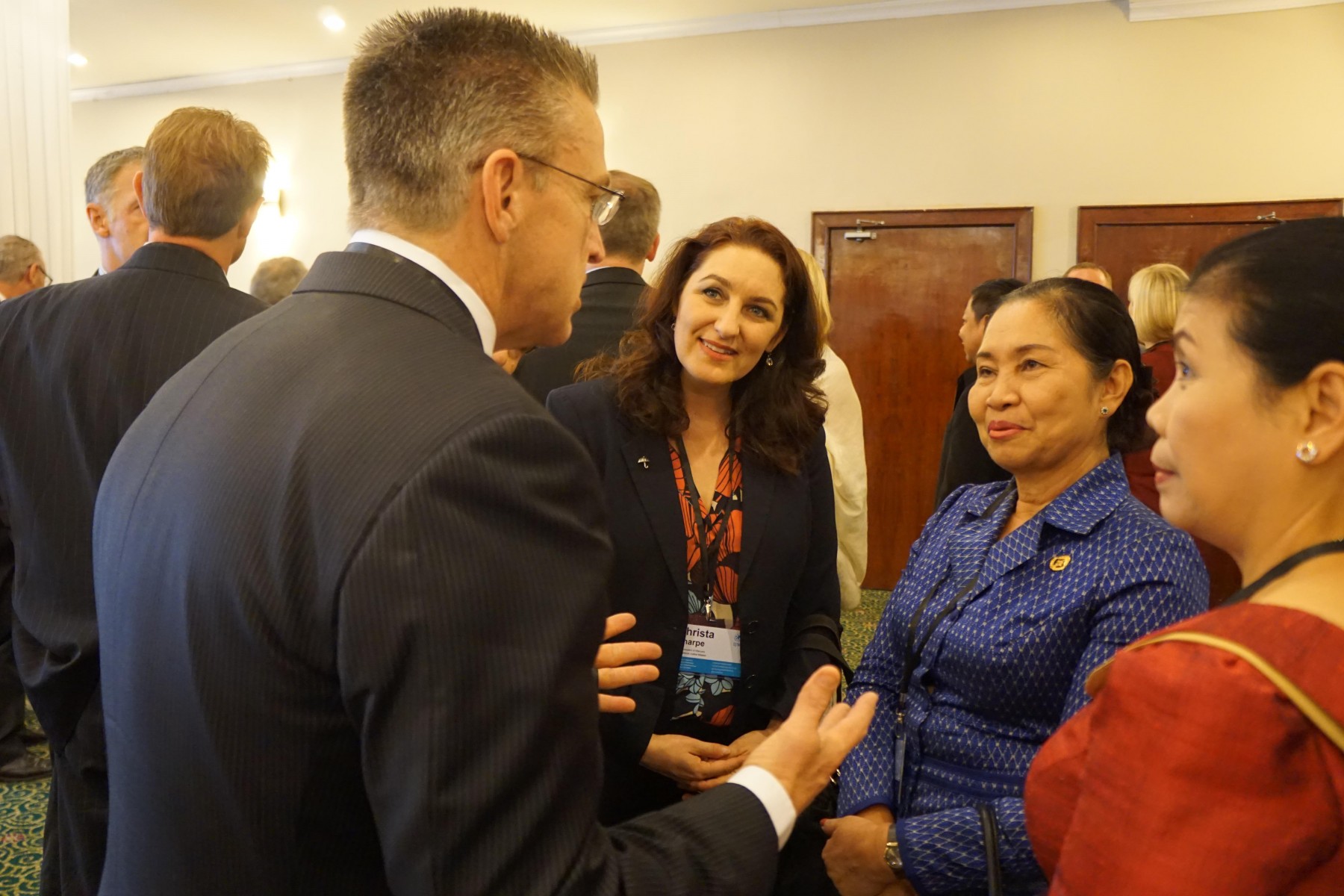 I want to extend my thanks to you [IJM], for helping the Cambodian government, but especially for the Cambodian people. We want to note it and mark it, that we have seen this achievement.

During the week, Gary, Sharon and other IJM staff who have led the charge over the years traveled back to the same neighborhood where the first-ever operation took place. Many of the buildings look the same from the outside, but inside it’s a different story. No longer are the brothels selling 7- and 8-year-old girls for sex; instead, many have been turned into businesses and classrooms, thanks to an international ministry that has helped transform the community.

The IJM Cambodia team also spent a day celebrating the successes and remembering the struggles over the past decade by creating a timeline with photographs and spending time sharing stories and giving thanks for God’s provision over the years.

Left: three of the IJM leaders who were part of the first-ever rescue operation; right: staff create a timeline of memories and milestones.

The newly renovated building below was one of the last holdouts for commercial sexual exploitation of children in Cambodia’s capital city. It used to house a massage parlor where men could purchase minors for sex. IJM helped authorities plan a complex operation to rescue the girls and arrest the traffickers. The building itself now stands as a symbol of hope and change. 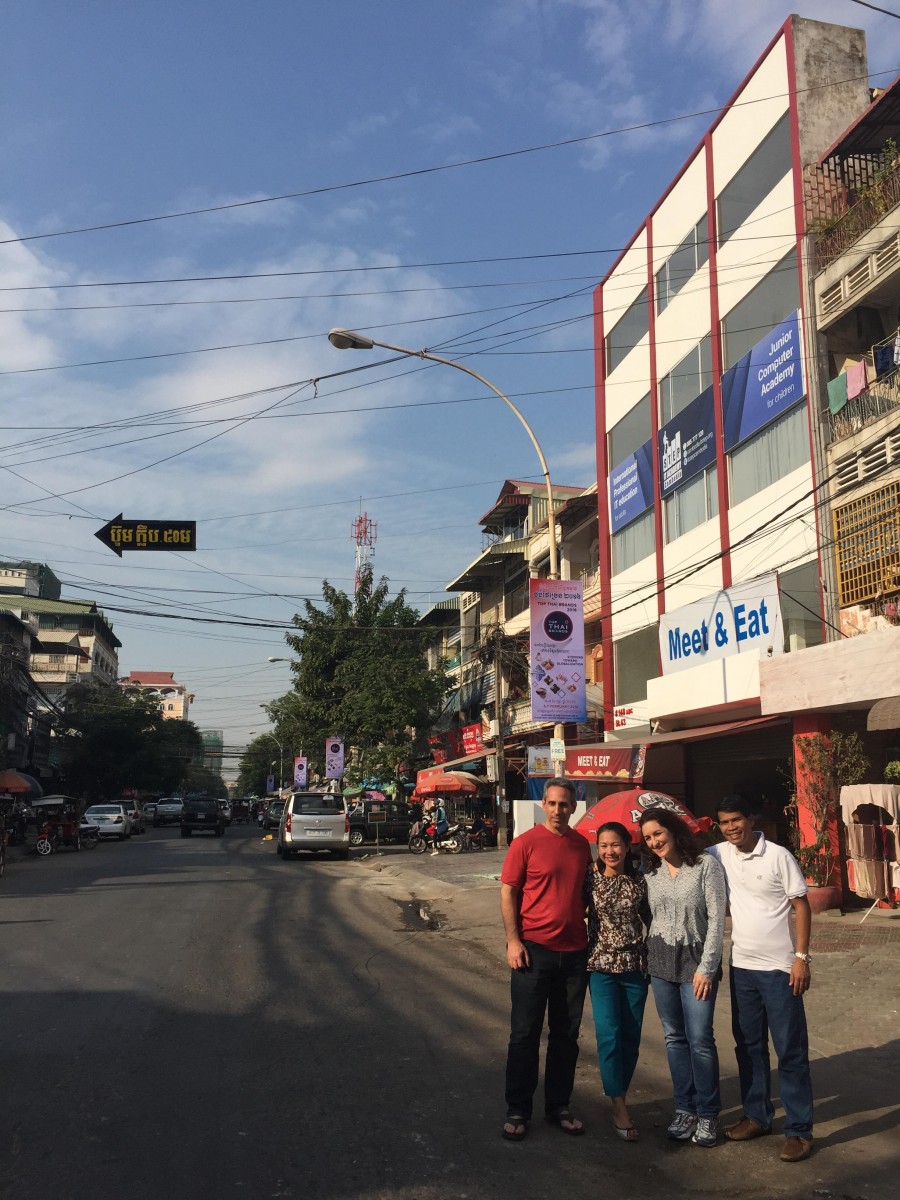 IJM is pivoting now to combat another type of human trafficking—forced labor. We will leverage our expertise and existing relationships with government leaders and others already at work in this space to hold traffickers accountable.