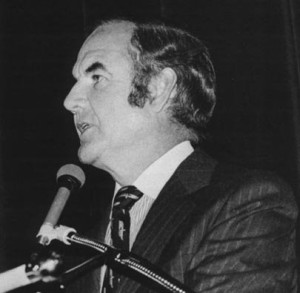 Every so often in my 47 years, I have had brushes with the famous and the infamous. So here’s a brief tour. (Please note: there is virtually no spiritual content on this post. No Methodism, no church leadership, no nothing. Just fame dropping.)

I shook George McGovern’s hand at a rally in Dallas during the 1972 campaign. I was 10. My family was involved in the Democratic Party and I was sure he’d beat Richard Nixon. 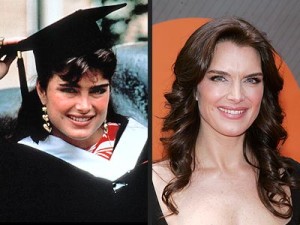 A bit later, I went to the same college as Brooke Shields. She was a freshman when I was a senior. One day, I was walking through the garden in the center of campus and she came walking towards me. Eating an apple. Get it? Me, Brooke, a garden and an apple.
She passed by and said, “hey, good lookin.”
Not really. 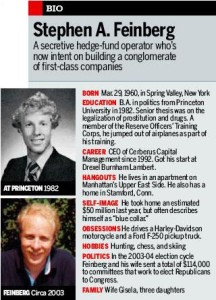 My doubles partner in college was Steve Feinberg. He has since gone on to a secret sort of fame as the founder and principal of Cerberus, a massive hedge fund that now owns Chrysler. He is reportedly worth hundreds of millions of dollars.
However, Cerberus’ original $7.4 billion investment in Chrysler is now worth zero. 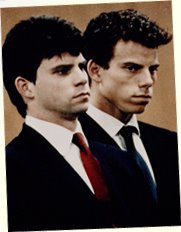 Right after college, I taught tennis for a year at a club in central New Jersey. Two of my pupils were Lyle & Erik Menendez. I coached Erik, who was younger and had a charming naivete about him. I played against Lyle, who was a senior in high school, highly competitive, and quite a good player.
I also got to know their parents and even played on the private court they had at their house.
Sadly, several years later the boys killed their parents and after one mistrial were both convicted and sent to prison where they remain today.
On a decidedly happier note, during my time as a tennis teacher and sports writer in New Jersey, I got to hit with Rod Laver, who many regard as the greatest player ever. He was in the Princeton area for an exhibition match, I was covering that match for The Trentonian newspaper, and he asked me to warm him up. I was so nervous, but afterwards he said, “you play nicely.” That one is true. 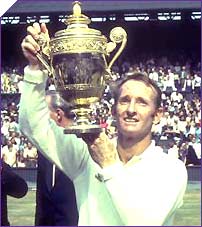 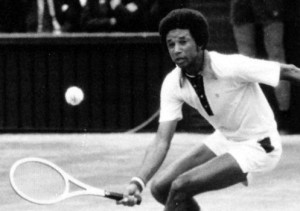 I later met Arthur Ashe. In fact, I met him twice, once in September of 1985 and the second time a year later. And he remembered my name. I found that astounding. I still smile anytime I see replays of his winning match point against Jimmy Connors in the 1975 Wimbledon final and still get teary when I see old news accounts of his death in 1993. 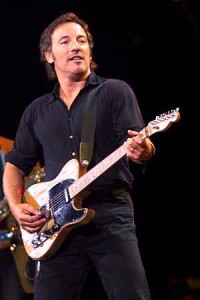 When we lived in Kentucky, Julie and I won front row tickets to a Bruce Springsteen concert. He came out on stage, asked “Anybody want a date?,” thew a rose to the front row, and launched into Tunnel Of Love. We caught the rose and still have it in our photo album. 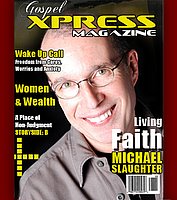 OK, Michael Slaughter is only famous if you are a Methodist preacher. But he is the lead pastor of Ginghamsburg Church in Ohio, one of the very first mega-churches in our denomination. Ginghamsburg is revolutionary for its worship style, commitment to mission, and longevity of its senior pastor. Slaughter has been there since 1979. At a Methodist meeting last year, I ate dinner at the table next to him. Not with him, mind you, but at the table next to him. That’s as close to Methodist royalty as I’ve ever made it.