But Riley’s rite of passage got me thinking about some of the cars I’ve driven through the years.

When I got my license back in 1978, my first car was a 1977 Plymouth Arrow. I still remember the purchase price — $3,000! My dad had a lifelong affinity for Chrysler products, so that’s why we got the Arrow. The only problem was that it wasn’t fast, didn’t have much room, wasn’t very good looking, and didn’t get good gas mileage. Other than that, it was a great car for a 16-year old. Here’s how it looked: 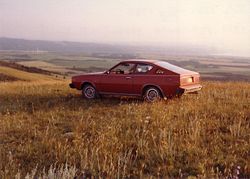 Not long after that, I hit the jackpot. My dad also liked Mazda products and when the then-revolutionary RX-7 came out, he got one of the first ones in Dallas. Turned out he didn’t like driving it so much, so I got to tool around town in it. Now that was a cool car. Here it is:

We sold it to pay for my first year of college. 🙁

After graduation, there was an old Mazda 626 for a year or so and then, since I had my first real time job (the one with the USTA that I posted on here), I bought a true love: a 1986 Toyota Celica GT. Yeah, GT! Five speed manual transmission! It survived being rear-ended by a drunk driver on a Connecticut highway, moves to Kentucky and North Carolina, and the birth of two children (not born in the car mind you). I got it to 160,000 miles. It still looks good, doesn’t it?

By 1996, I was over 30, had two young children, had grown tired of changing gears, and figured it was time for four doors. So I spent a Saturday at the Nissan dealership on Independence Boulevard and came home with a new Altima. Teal green, just like the Charlotte Hornets:

After eight years, I was ready for an upgrade to the next generation Altima. It was January of 2004, and the Panthers were headed for the Super Bowl, the church was at last averaging 1000 in attendance (barely), and so I moved from teal green to burgundy. The first car I ever had with a CD player! So in 2004 — like 10 years after everyone else did it — I ditched my cassette tapes and entered the digital era. I’m still driving this one: 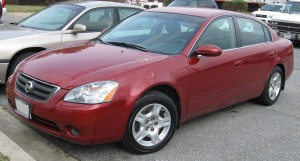 So what’s my next ride? 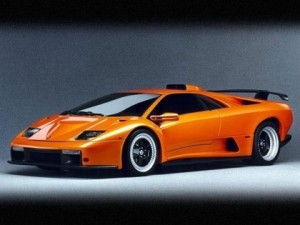 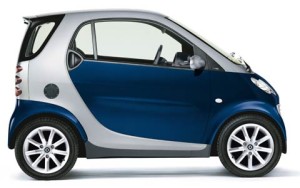