Delivered, Week One — Bricks Without Straw: When You’re Stuck 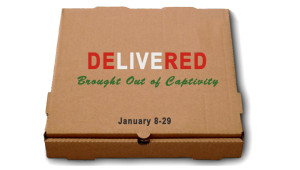 The Book Of Exodus.

It’s the ancient story of some very modern battles: between God and the idols; between the powerful and the powerless; between faith and doubt; between captivity and freedom.

But ultimately it is the story of a people who are delivered . . . from slavery, from idolatry, and even from themselves.

So we start 2012 by digging into an old story that feels, well, new.

Delivered. It’s not just what Israel needed then. It’s what we need now.

January 22: Divided Waters: When You Are Set Free