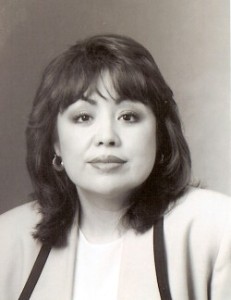 In a May 17 column posted on the United Methodist Reporter site, Bishop Minerva Carcano of the Desert Southwest Conference offered her assessment of the recently completed 2012 General Conference.

As many of you know by now, that Conference retained our denomination’s position on the volatile issue of homosexuality in Christendom: homosexual persons are of sacred worth while at the same time homosexual practice is not compatible with Christian teaching. Every General Conference since 1972 has reached the same sensitive-yet-faithful conclusion on the issue.

As a result, persons who are self-avowed, practicing homosexuals cannot be ordained into United Methodist ministry and UM pastors cannot perform same-sex weddings.

This puts Methodists firmly in line with 2000 years of church teaching regarding celibacy in singleness and faithfulness in heterosexual marriage, and puts us at odds with several more progressive denominations — United Church of Christ (UCC), the Episcopal Church, Presbteryian Church (USA), and the Evangelical Lutheran Church of America (ELCA) — who have abandoned restrictions against homosexual clergy and same-sex weddings.

There’s one other piece to the backstory to Bishop Carcano’s comments (which I’ll get to in a moment):  over the last several quadrennia, the percentage of voting delegates from Africa and the Philippines — where Methodism is growing rapidly — has surged while the American percentage of the voting bloc has declined.  And as whole, the Africans and  Filipinos vote overwhelmingly in favor of our current stance.

So now that you know the story behind the story, I’ll want to share some of Bishop Carcano’s comments; words I would not have believed she said if I hadn’t read them myself:

Delegates from Africa once again proclaimed that their anti-homosexual stand was what U.S. missionaries taught them. I sat there wondering when our African delegates will grow up. It has been 200 years since U.S. Methodist missionaries began their work of evangelization on the continent of Africa; long enough for African Methodists to do their own thinking about this concern and others. Our conservative U.S. United Methodists continue to depend on the conservative vote of African and Filipino delegates to maintain our exclusionary position on homosexuality, a position I believe would be changed for the inclusion of our LGBT sisters and brothers if a U.S. vote for a U.S. context were taken. The manner in which we deal with the concern of homosexuality affects all of ministry in the U.S., and we are the poorer for it. It is time for us to let go of our wrong position and be the church of Christ Jesus, a church that excludes no one.

A bishop of our church, charged with teaching and protecting the faith handed down to the saints, publicly wonders when an entire continent of Methodist believers will “grow up.”  Her words, not mine.

Even beyond the written insult, consider some of the assumptions behind the Bishops’ words:

1.  Theological liberalism is sophisticated while aligning with orthodoxy is simple-minded.  I will take the intellectually robust orthodoxy of Thomas Oden, William Abraham, and Timothy Tennent over the Bishop’s progressivism any day.

2.  Newer is better when it comes to doctrine.  Over the last couple of years at Good Shepherd, I have tried hard not to teach anything new but to do my best to excavate what is ancient, unchanging, and always relevant.

3.  Human impulse is the determining force in human morality.  Much of the Christian way involves surrendering our impulses — sexual, material, anti-social — to the Lordship of Christ.

The Bishop’s words are also thick with irony.  Earlier in her column, she offers strong support for identity based structures in our denomination — the General Commission on Religion and Race and the Commission on the Status and Role of Women.  While some at GC2012 wanted to disband both COSROW and the GCRR, Bishop Carcano and others worked energetically and successfully for their preservation.

Yet two paragraphs later, she laments the existence of immaturity of an identity group.  Two, in fact: Africans and Filipinos.  The implication is that your identity group is valid if you lean leftward in your theology and it’s not if you tilt to the right.  In that case, apparently, you just need a little more education; you need to “grow up.”

Perhaps our African brothers and sisters can remind the Bishop that while their Methodist neighborhoods are thriving, her Desert Southwest Conference — like the far-left leaning Western Jurisdiction of which it is part — is on the fast-track to irrelevance, with vanishing membership and shrinking attendance.

I believe the Bishop is blind to the connection between doctrinal waywardness and denominational decline.  Just ask our friends in the UCC, ELCA, and PCUSA, and our ancestors in the Episcopal Church.

If that’s growing up, I want no part of it.