I’m spending several days this week up in Keystone, Colorado (elevation 9,200 feet), at the annual gathering of what we in Methodism called The Leading Edge:  the pastors of the 100 highest attended churches in the denomination.

Anyway, the highlight of this year’s meeting is its connection of large-church pastors with the deans and presidents of the seminaries that serve the United Methodist Church.

Which meant that one of those at my table was Richard Hays, a New Testament scholar who is the Dean of the Divinity School at Duke. 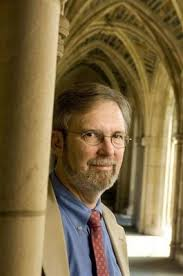 I have long admired Hays’ teaching which blends the best of biblical scholarship with a commitment to historically orthodox Christian teaching and a love for the local church.

And one of his comments at Wednesday’s meeting — delivered with his usual quiet authority — gave me yet another reason for appreciation.

Our group was in conversation regarding the consequences of 19th & 20th century biblical scholarship — how in the universities and seminaries of Western Europe and North America, professors saw their role as undermining not only biblical passages under study but the very faith of the students they were teaching.

So, in this mindset, Moses was only marginally involved in the Pentateuch, Isaiah 52-53 has nothing to do with the coming Christ, and Jesus himself actually said or did very little of what the New Testament claims that he said and did.

In academic circles, such an approach to biblical study became widely accepted throughout the 1900s; indeed, to question such commonly accepted wisdom was to beg for scholarly exile.  You can read a more comprehensive history of higher criticism here.

The impact on local churches, as you might imagine, was disastrous:  their seminary-trained pastors entered the pulpit trusting neither the reliability nor the authority of the biblical texts on which they preached.  The result?  Insipid sermons leading to malnourished congregations culminating in flatlining denominations.

Yet Hays — who has studied and taught at some of the most prestigious schools in the world, including Yale, Duke, and Emory — offered a sublime alternative during our table talk on Wednesday:

The truth is that rigorous scholarship leads to an appreciation of the text, not a dismantling of it.

In the world of the academy that asserition is decidedly counter-cultural:   to study the history behind and the structure of biblical texts actually increases rather than diminishes the sense that God somehow breathed life into those words.

Or, as we say at Good Shepherd, that the library of Scripture is inspired, eternal, and true.