One of the many happy consequences of Stan Wawrinka winning last week’s Australian Open was the message contained in the tattoo on the inside of his left forearm. 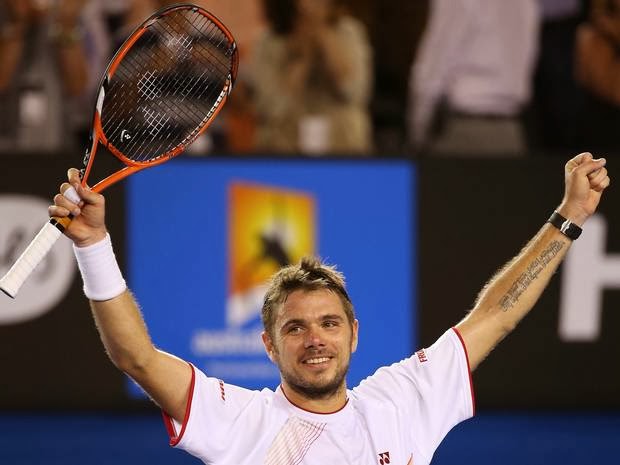 (Before I return to the tattoo, some other of the “many happy consequences” of his win include:  1) A one-handed backhand wins a Grand Slam event!  The first one-hander not named “Roger Federer” to win a Slam since Pete Sampras won the 2002 US Open.  2) A Swiss wins a Grand Slam event.  The Swiss now have 18 of them to their credit; this is the first by someone not named “Roger Federer.”  3) Rafael Nadal lost.  Wawrinka’s maintained his resolve even in the midst of mystery-back-injury-gamesmanship and held on to win.  4) Perseverance pays off.  Wawrinka is 28 and had never come close to winning one of the four Majors before.)

Back to the tattoo.  Here’s a closer look: 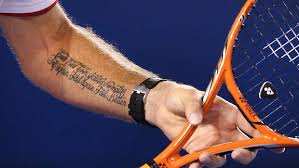 Who tattoos a string of sentences on themselves?  Apparently Stan Wawrinka does.

Yet here’s what they say, quoting the British playwright Samuel Beckett:

I first thought:  “That will preach!”  And it probably will.  But more to the point, that will live.  Embracing failure is part of the process of gaining success.  It’s why the most effective pastors and churches can write longer — and more authentic — books on what they’ve done wrong than they can on what they’ve done right.

I think I’ll go attempt some large things for God’s name and by God’s strength and if they don’t work will I throw in the towel?  Nope.  I’ll just fail better.

Now: will I get inked myself to remember the mantra?  Maybe so.