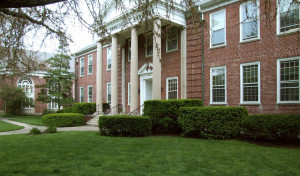 A little later today, I’m meeting with a representative from Asbury Theological Seminary. It has to do with alumni relations and fund raising.

But as some of you know, my Asbury ties are strong. Really strong.

I identify myself much more readily as a graduate of that school than the university where I went for undergrad, as well-known as that is.

Why do I feel so strongly about being part of the Asbury line?

Mainly this: in the middle of a Methodist movement that in the 20th and 21st Centuries has too often stood for nothing (or stood for the wrong things), Asbury from its inception in 1923 has always stood for something. What does it stand for?

Asbury has brought a much needed balance to Methodism. I think it’s no accident that of the six largest churches in Western North Carolina Methodism, three of them have pastors with Asbury degrees.

So I feel like I’ve been given a gift and a legacy with an Asbury education. It’s something to live up to.