An Evening With A Dozen Teenagers

I spent a couple of hours last evening with a remarkable collection of teenagers.

They were part of our HalfWay House ministry, which meets at the Zoar Road Outreach Center each Wednesday night.

Under the expert leadership of Devin Tharp, the students opened Scripture, re-discovered their identity in Christ, and shared in small groups which of the passages best described them.  And they let me join in their reindeer games.

Then came the highlight of the evening in which Devin led us in an exercise of mutual encouragement.  It involved folding paper, writing notes, engaging other folks in the circle, and careful consideration of who we see others in the group “becoming.”

I’d never seen it done before, and I have to say it was one of the most spiritually moving evenings of my life.

I was able to write to one student that he will be “the next generation’s James-Michael Smith,” to another student that she would be one of the brightest lights for Jesus on planet earth, and to another that he is becoming “an overcomer for Christ.”

And they wrote the same kinds of things to me.  Here’s what it looked like at the end: 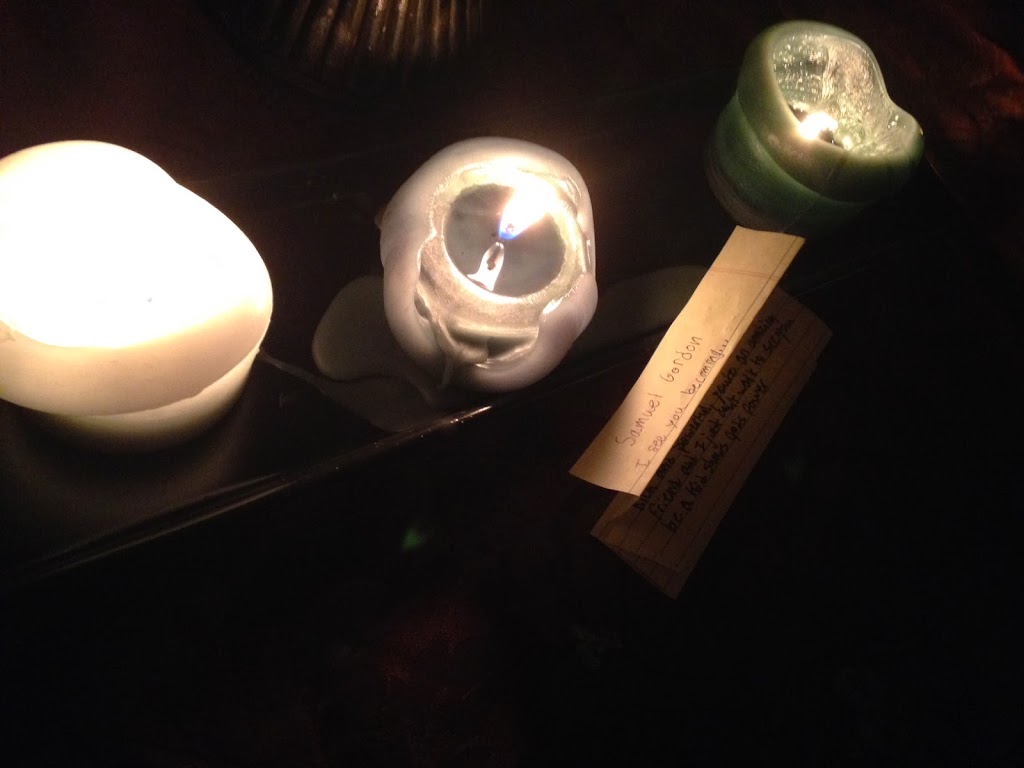 And then Devin concluded the evening by reading I Thessalonians 5:11 to us:

Therefore, encourage one another and build each other up, just as in fact you are doing.

We didn’t have to study that verse because we had just lived it.