There are many times in which I don’t know how in the world I could possibly preach if I hadn’t majored in English in college.

That’s where and how I learned to read closely and write consistently, two skills that I have found more important than any others when it comes to sermon design and delivery.

And I truly believe that a good novel shows you more about what makes people tick — and self-destruct — than any book of psychology or theology.  These days, I’ll gain more ministry insights in something by Ann Patchett than in the latest “How To Grow A Major Mega Church” book.

All that came home when I looked through my very own hard copy of Head Scratchers.   Chapter One is called “The Violent Bear It Away,” which is a relatively obscure translation of a relatively obscure verse, Matthew 11:12.  In fact, it comes from a 1609 Roman Catholic translation of the New Testament called the Douay-Rheims version.  Which choose that over my trusty NIV?

Because I’m an English major!

My graduation project was a 122-page thesis on the fiction of Flannery O’Connor, a Georgia-born, Catholic-haunted, and lupus-afflicted literary genius. 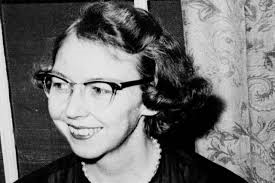 I think I’ve gotten a bit better at titles through the years; I called that thesis “Self-Reliance, Earthly Perfection, And The Search In Flannery O’Connor.”  That lacks a bit of the snap of Head Scratchers, much less Solutionists. 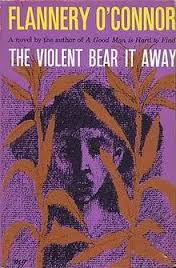 As it turns out, the novel has a scene that crystallizes the interpretive ambiguity at the heart of Matthew 11:12.  Here’s how Head Scratchers says it in a little literary aside that wasn’t in the preached version:

O’Connor had a reputation for creating bizarre characters who engage in incomprehensible acts, and The Violent Bear It Away is no exception.  The central scene in that particular bok is when a twelve year old backwoods prophet simultaneously baptizes and drowns a five year old boy with Down’s syndrome . . . A baptism. A drowning.  At the same time.  The Kingdom advancing and the Kingdom under assault.  Violently.  A friend of the gospel is a foe of the gospel.  That’s why O’Connor settled on The Violent Bear It Away as the title of her novel, and perhaps that’s why I have been drawn to this particular translation of Jesus’ words in Matthew 11:12.

To get the rest of that chapter, check here.

I suppose all that is a way of saying I find it oddly appropriate that the first chapter of this book that has been such a pleasant surprise in my life comes from something I learned, not in kindergarten, but as an English major.

I guess I would do it all over again.