While Julie is out in the San Diego area at a conference for professionals in the medical field, I am tagging along, serving as a VP’s husband.

So while her conference was beginning on Sunday morning, I took the opportunity to go to the 8:45 worship service at North Coast Calvary Chapel in Carlsbad. 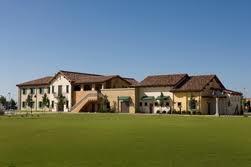 North Coast (or, as they call it, NC3) is part of the Calvary Chapel movement, the brainchild of Chuck Smith — one of the most genial yet insightful proclaimers of the gospel you’ll ever hear. 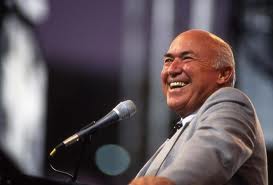 Smith started the original Calvary Chapel in Costa Mesa, California in the early 1970s and made ministry inroads through an approach that combined casual atmosphere, modern music, and verse-by-verse teaching of the Scriptures.

From there, the movement exploded across that country and today includes some of the largest churches in the nation.  In fact, Charlotte has a Calvary Chapel that gathers in the facility of a former United Methodist Church.  You can read the entire Calvary Chapel story here.

The North Coast congregation is, by all appearances, one of the most vibrant in the Calvary Chapel connection.  I arrived at about 8:20 for the 8:45 service — my body clock was still on Eastern Time — and the band was still rehearsing.  The lead singer has a voice and even a vibe that reminds me of the 4 Non Blondes from the early 1990s.  Don’t remember them?  Here they are:

Upon my arrival, I was one of about 10 people in the Worship Center.  At 8:30 a man stood up, introduced himself, and offered morning devotion.  Huh?  It had no context for me, but must make sense in the Calvary Chapel culture.  But as people were streaming in for the service, he was on the platform sharing about having a Mary heart in a Martha world (Luke 10:38-42).  Then he was done, sat down, and the 4 Non Blonde band came back out.

They took us in a quite different direction that I remember 4NB’s ever going.  The highlight was a modernized take on Because He Lives, which is a really great song when you think about it.

We next took up an offering.  I am so used to the Good Shepherd custom — in the giving baskets as you leave, please — that I forget the central role this moment has for many churches.

Then came about 8-10 minutes worth of church announcements.  For a church with multiple thousands of people on a weekend, they communicate about congregational life in an old-school format.  I’m sure that helps a large church feel personal and intimate.

Anyway, by now it was time for Pastor Mark Foreman to deliver a classic Calvary Chapel message.  Remember I said verse-by-verse?  That’s what he did, drawing from only two verses this time — Romans 12:1-2:

Therefore, I urge you, brothers and sisters, in view of God’s mercy, to offer your bodies as a living sacrifice, holy and pleasing to God—this is your true and proper worship. 2 Do not conform to the pattern of this world, but be transformed by the renewing of your mind. Then you will be able to test and approve what God’s will is—his good, pleasing and perfect will.


The message came from no series other than “We’re all reading through the bible in a two year span, and here’s where we are” but it was still quite good.  Foreman spoke at length about follow through in the life of someone who follows Christ, comparing it to the follow through of a baseball swing, a golf swing, and, yes, thankfully, a tennis swing.  At that stage I was ready to get up and give a topspin backhand demonstration.

Discretion was the better part of valor.  Considering we were in SoCal and considering that I haven’t been on a court in about five years, there were probably dozens of people in that room who could have done it better than me anyway.

I stayed all the way until the last song but didn’t fill out a connection card, respond to the invitation for salvation, or connect with a Home Group.  I could have done any of those as they all received attention and explanation.

I didn’t do any of that because I already have a home church and a LifeGroup, in case you didn’t know.

Speaking of which, the best part of the whole Sunday church experience was a text message I received from a Good Shepherd friend late in the day:

Church was great today.  Joey H and Chris M sang a song that sounded like a real record it was so good.  James-Michael Smith hit the sermon out of the park.  All percussion band.  You should be proud.

And, from a continent away, so I am.