By now many of you have read or at least heard of Toxic Charity, Robert Lupton’s tour de force on how churches and charities actually hurt the ones they most desire to help. 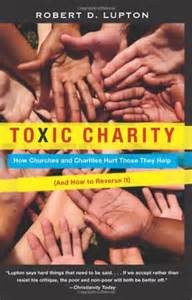 You can read up on the book and the movement it is inspiring here.

Well, a pair of highly committed, high impact volunteers have taken the toxic charity thinking to heart and devised a ministry which empowers rather than enables.

Working with the Salvation Army Center of Hope, our volunteers have conducted a series of Job Skills Seminars so that the women of the Center can best present themselves during the interview process for much-needed jobs.

They followed the Skills Seminar with an actual Job Fair — matching women-on-the-margins with hiring managers from our area.

Here’s how one of our volunteers describes it:

We conducted one on one coaching and mock interviews before the actual job fair, as well as a skill practice called “TMI” —Three Minute Introductions, where we had the women move from coach to coach and in three minutes introduce themselves and make a positive first impression.  The women indicated they really liked this as it gave them the opportunity to learn different interview styles and what one person make ask versus someone else.

I think one of the most awesome points for me, was that the recruiters that came, are also passionate about the cause and in helping coach these women.  So as much as it was an “interview”, the recruiters helped them formulate more positive answers for the next time around.  The example that (hiring manager) from (major Charlotte employer) gave was she asked one women to tell her something good about herself.  She said the woman really struggled, but Latisha continue to probe until the women articulated something positive.  Then she said to her next time…..”that’s your answer.”