Over the past several years,  I have, thankfully, emerged out of a fog of cynicism.

I went through a season where I was so frustrated with the actions of people who described themselves as mature Christians that I almost threw out the notion of mature Christianity altogether. 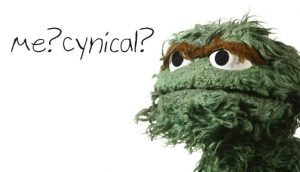 So I became skeptical of certain evangelical standards such as quiet times, spiritual accountability, and Sunday morning altar calls.

But then Jesus happened.

As he brought the deepest levels of healing to my spirit, I realized afresh just how good those classic measures of evangelicalism really are.

For example, you can never improve upon doctrines such as salvation by grace, the filling of the Holy Spirit, and the assurance of believers.

And a meaningful faith can never be separated from practices such as Scripture reading, discipleship groups, and regular fasting.

I appreciate the perspectives of younger evangelicals who remind us that Scripture was written for audiences that were largely illiterate and so is best read out loud and in public.

I also am grateful for their continuing warnings not to individualize — or Americanize — a gospel that is by definition to be lived out in community.

Given all that, however, I’ve found it much healthier and much more spiritually rewarding to preach the core doctrines, practice the classic disciplines, and trust that God is at work in others.