I spent this past weekend with my immediate and extended family in Austin, Texas, where we celebrated the 100th birthday of my mom, Betty X. Davis.

An eclectic crew of over 100 family members, writers, tennis players, politicians, and neighborhood friends gathered in an Austin-area restaurant to give homage to a woman who still has her memory, her wit, her style, and, remarkably, her original teeth.

Here are five takeaways from the party and the weekend that surrounded it.

1.  Sometimes it pays to be late.  My mom — who is never late for anything — showed up at 3:15 for a party that began at 3:00.  At 3:10, I was a bit agitated:  “Where’s mom? What’s going on? She’s never late!”  Yet when she walked in at 3:15, a crowd had already assembled, was getting a bit restless waiting for the guest of honor, and erupted in spontaneous applause as soon as she walked through the door.  It was an entrance.  I don’t know if she planned it or not, but it was sheer genius.

2.  Good genes matter.  People always ask her “how’d you get to be so old?” Her typical answer:  “Well, I got an early start.”  As the laughter subsides, she then points out that she comes from a line of long-lived people.  So Mom typically credits her DNA more than diet or exercise as the secret to her longevity.  Speaking of genes, she’s got some lovely offspring as well.  Here’s she is in between my nephew Fernando Labastida and his wife Yamilette. 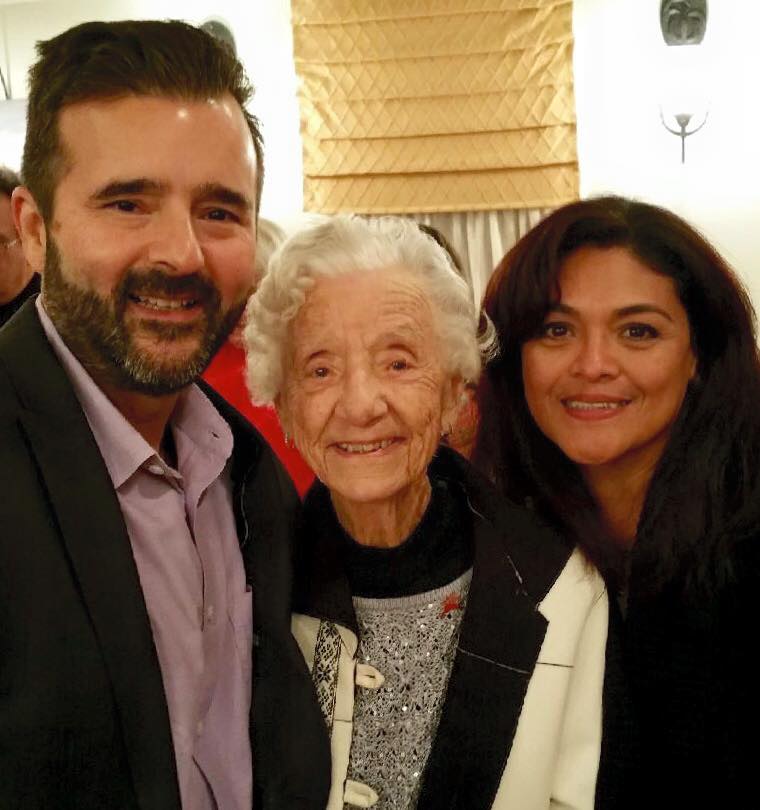 3.  Sibling Solidarity.  I’ve often said that because I am so much younger than my brothers and sisters, I am essentially an only child with seven brothers and sisters.  Well, not this weekend.  We pooled our resources, our ideas, and our expertise to throw a party remarkably free of missteps and melodrama.  From left: Harvey, Talbot, Mark, Mom, Virginia, Charlotte, Nancy: 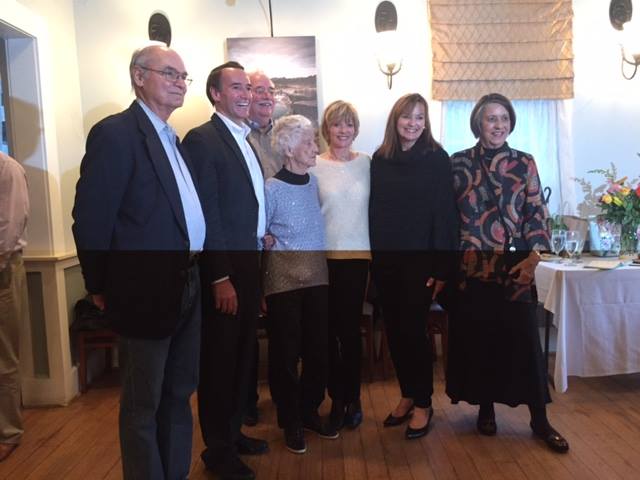 4.  Politics is never far away.  My father taught law school.  My parents were always active in local and national politics.  My mom lives in Austin, the state capital of Texas.  So politics usually hovers beneath the surface of most conversations.  And then, just when the microphone was on and mom was giving her “acceptance” speech, politics entered the room.  US Rep. Lloyd Dogget, whom my father had taught in law school and whose name has been bumper stickered on my mom’s car for over 25 years, stepped into the party. The timing was surreal.  He took the mic — I suppose he thought it was waiting for him! — offered a few very appropriate remarks, and turned it back over to the star of the show.

5.  If you live to be 100, you’ll probably get to be on TV.  Enjoy this feature that ran on Sunday night on Austin television:

(If trouble with link, go to here & you should see it.)