At church this past Sunday, I saw a high school senior in our congregation who had a Rush book bag.  I thought maybe it was a different “Rush” (Limbaugh, maybe?) or that it was a joke.

So I asked her about it.  Sure enough, she’s a fan.  Someone born in 1996 is a fan of a band who reached its peak in 1981.  And by “peak” I mean the audience moved from guys-with-Farrah-Fawcett-hair-in-mom’s-basement to relatively mainstream.

Nevertheless I thought:  this is cool.  And so is this student. 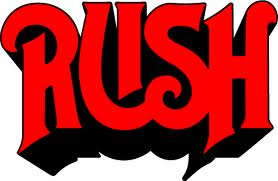 I find Rush to be oddly fascinating, primarily because they leave so many unanswered questions.  Like:

Do their lyrics suggest they are pretentious posers or underappreciated philosophers?

Are they art rock, prog rock, power rock, or did they create their own genre?

Is any song that lasts 20 minutes worth listening to or should you immediately click to the next one?

Is Canada really worth all this fuss or should we embrace that nation, its single-payer healthcare system, and its pre-eminent rock band?

So in honor of those unanswered questions, that Good Shepherd student and my own high school friends who loved Rush before Rush was ever cool, here are my top five Rush songs:

5.  Free Will.  I guess Rush is really a trio of Wesleyan theologians.

4.  Tom Sawyer.  The biggest hit the band ever had; certainly its most radio-friendly tune.

3.  2112 Overture / Temples Of Syrinx.   They made up a whole ‘nother world on this one.  I’m giving you the condensed version below.

2.  La Villa Strangiato.  Rush goes instrumental!  For this song, at least, the Geddy Lee Voice question doesn’t have to be asked, much less answered.  Intricate music, to say the least.

1.  The Trees.  Who knew there was unrest in the forest and trouble with the trees?  Hammer, axe, and saw, oh my.  The concept is so odd that it’s mesmerizing.