Julie and I spent last Thursday – Saturday in Nashville, Tennessee, where we visited our daughter Taylor Underwood and her husband Nate.

Here we are in front of Parnassus Books (see #5, below). 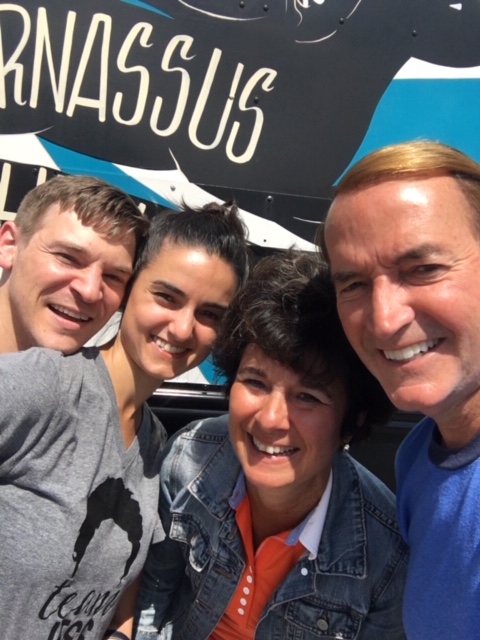 Five Reflections, in no particular order of significance.

One.  We flew … and flying is getting back to near normal.  The airports in both Charlotte and Nashville were by no means full, but neither were they ghost towns.  Security check were easy — thank you, TSA Pre! — and the flights were comfortable.  Flying with a mask on isn’t much fun but they’ll let you remove it if you are drinking something.  I was tempted to nurse a lemonade for an hour.

Two. The rental car.  In the Nashville airport, I was all set to hop into an Altima when Julie said, “there’s a Maxima up there; don’t you want that?”  Well, yes!  It was a 2020 version of the same model of which I own a 2009.  From behind the wheel, they felt remarkably similar — same engine size and strength, same basic interior — but from the curb there is not much comparison. Loved the sleek silver. One day, most likely. 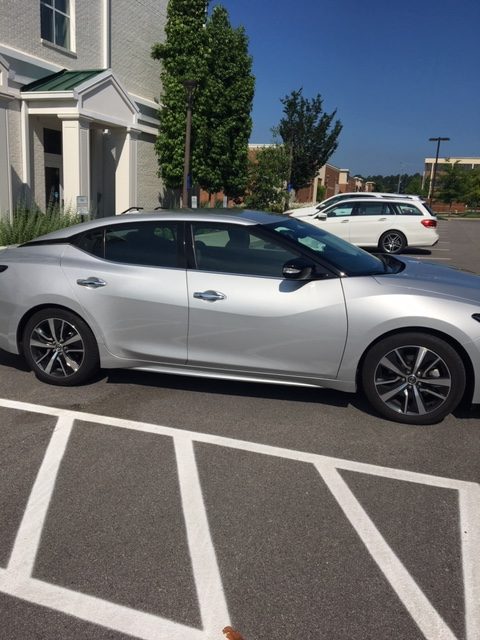 Three. In terms of Covid, Tennessee is not North Carolina.  Perhaps it was because the national response to the murder of George Floyd replaced the coronavirus in the news.  Or maybe it was because people are tired of staying in.  Or maybe it’s because Tennessee is a more “red” state than North Carolina (though Nashville is a “blue” city).  Whatever the reason: it felt like we were in a post-pandemic world. Restaurants were open.  People were out.  Traffic was robust.  Again, about half the folks wore masks and half did not.  It was strangely … comforting.  Were we in collective denial about the danger and our precautions against them?

Four.  When you haven’t seen your own child since Christmas, health and wholeness, as well as laughter and nostalgia, are blessings.

Five.  Ann Patchett still lives near Nashville.  Ms. Patchett is my favorite modern novelist, and I have assigned Commonwealth to my various preaching workshops.  She also owns Parnassus Books, one of the few independent bookstores left anymore.  (Come to think of it, there aren’t many chain bookstores left either!).  Parnassus was closed to the public except in the case of delivery pickup — one of the few ways we remembered pandemic — but we still took advantage of the photo opportunity.