Many if not most of you have never heard of Mike Campbell, who is the lead guitarist of Tom Petty’s Heartbreakers. 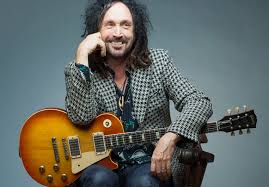 He didn’t play The Star Spangled Banner at Woodstock like Jimi Hendrix.

He didn’t play the mind-bending solo on Heartbreaker like Jimmy Page.

No one ever called him “god” as they did Eric Clapton.

Yet I think I like him better than each of those other, higher profile, guitar heroes.

And here are five reasons why:

5.  He co-wrote Don Henley’s Heart Of The Matter.  Henley’s the lyricist, Campbell’s the composer and rock beauty is the result.  Watch out for the combination later in the list.

4.  Learning To Fly.  Delicate, athemic, and Campbell knows it’s Tom’s show, not his.

3.  Listen To Her Heart.  Shimmering, jangling, new wave rock at its frenetic best.

2.  Breakdown.  In Campbell’s world a guitar solo is not to highlight the player but to advance the song.  I love the way it works here.

1.  He wrote the music for The Boys Of Summer.  Legend has it that he offered the composition first to Tom Petty who was, for various reasons, unable to do anything with it.  He then approached Henley  and the result is my favorite song of all time.