With Stan Wawrinka’s stunning US Open victory over Novak Djokovic in Sunday’s U.S. Open final, the one-handed backhand made a glorious return to prominence.

For the uninitiated, most players today hit their backhands with two hands, which is generally more effective but less aesthetic.

Yet Wawrinka’s one hander is the best of both worlds: consistent, powerful, and gorgeous.

Which gets me thinking: what are the five prettiest one handed backhands I’ve ever seen?  (And because I have to have “seen” it, that eliminates Don Budge, a Californian who won the first Grand Slam in 1938 and by all accounts had the first great backhand in tennis, ever.)

5.  Ken Rosewall, Australia.  Rosewall was a rarity in that he had a slice backhand that was a weapon, not a liability.  I still remember seeing him knife a return-of-serve winner past Rod Laver in their epic fifth set tie break in Dallas in 1972. 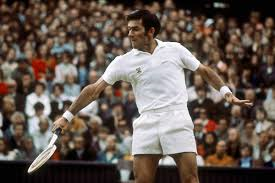 4.  Arthur Ashe, USA.  Effortless power and fearsome topspin.  When he was “on,” this shot was untouchable. 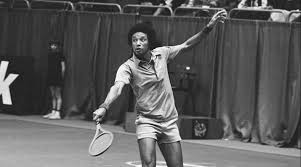 3.  Roger Federer, Switzerland.  Because his backhand hasn’t quite measured up to Nadal and Djokovic in his later years, we forget what a punishing shot it was in 2003-2006.  Especially the down the line. 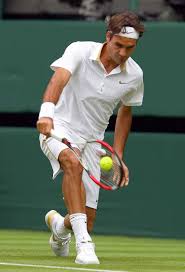 2.  Stan Wawrinka, Switzerland.  Why do the Swiss have the great one handers? 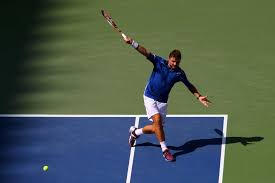 1.Stefan Edberg, Sweden.  His backhand wasn’t as powerful as Wawrinka’s but it might have been more effective.  Why?  His ability to add slice to his topspin.  Massive shoulder turn and elongated follow through on the topspinner make his the prettiest of them all. 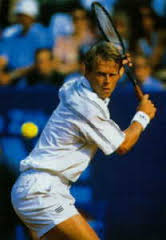