I am spending each evening this week preaching the annual revival services at Bethel United Methodist Church in Midland, North Carolina.

Bethel’s pastor, Mark Clontz, is a long-time friend of mine and we actually pastored the same two churches:  he served Mt. Carmel & Midway in Monroe, NC from 1984-88 while I pastored those same two congregations from 1990-99. 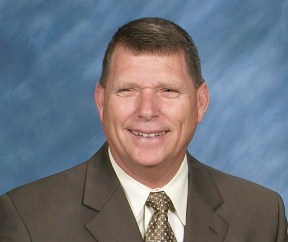 Bethel is large church by Methodist standards — 450 people in average worship attendance — and has a rich history.  They have been doing Homecoming and Revival services every August since . . . well, since longer than anyone can remember.

And while Bethel’s sanctuary is only six years old (meaning, two years younger than Good Shepherd’s!), it gives more than a passing nod to the form and the architecture of the churches of yesteryear. 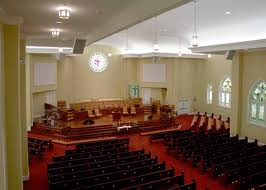 (It is interesting that for a church with such an obvious interest in history, its 8:30 a.m. contemporary service is much larger than its 11:00 a.m. traditional one.)

Anyway, we opened the revival services last night with an extended period of singing from the old Cokesbury Hymnal.  If you are not familiar with the Cokesbury hymnal, it is a treasured collection of older, American-based hymns that reflect the theology and values of both rural living and revival religion. 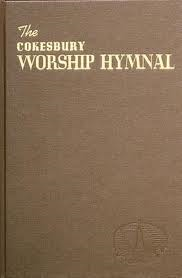 It was the only hymnal we used at Midway United Methodist — where both Mark and I would preach at 9:45 in the morning before driving 13 miles over to the “big” 11:00 church, Mt. Carmel.  Midway averaged about 30 people upon my arrival in 1990; under my visionary leadership I had grown that to 20 by the time I left in 1999.

Well.  That’s a long introduction to say that the singing last night brought back some memories for me.  Memories of songs that I didn’t learn as a child, songs that Methodist (traditional or contemporary) rarely sing anymore, songs that harken back to a simpler time and a more basic theology.

Some of my five favorite below may take you on your own memory lane.  Others might be completely unfamiliar to you.  I have tried to choose hymns that are best suited to old-time revival services and that did not make it into the 1989 United Methodist Hymnal.

In any event, here they are: my top five hymns from the Cokesbury Hymnal.

4.  Jesus Saves.  I have heard that joyful sound too.

2.  When The Roll Is Called Up Yonder.  The bass echo makes this one.

1.  Love Lifted Me.  You’re never too sophisticated to believe this.

And for a slightly less reverent version of that one, from the opening clip of Bernie, here’s Jack Black: