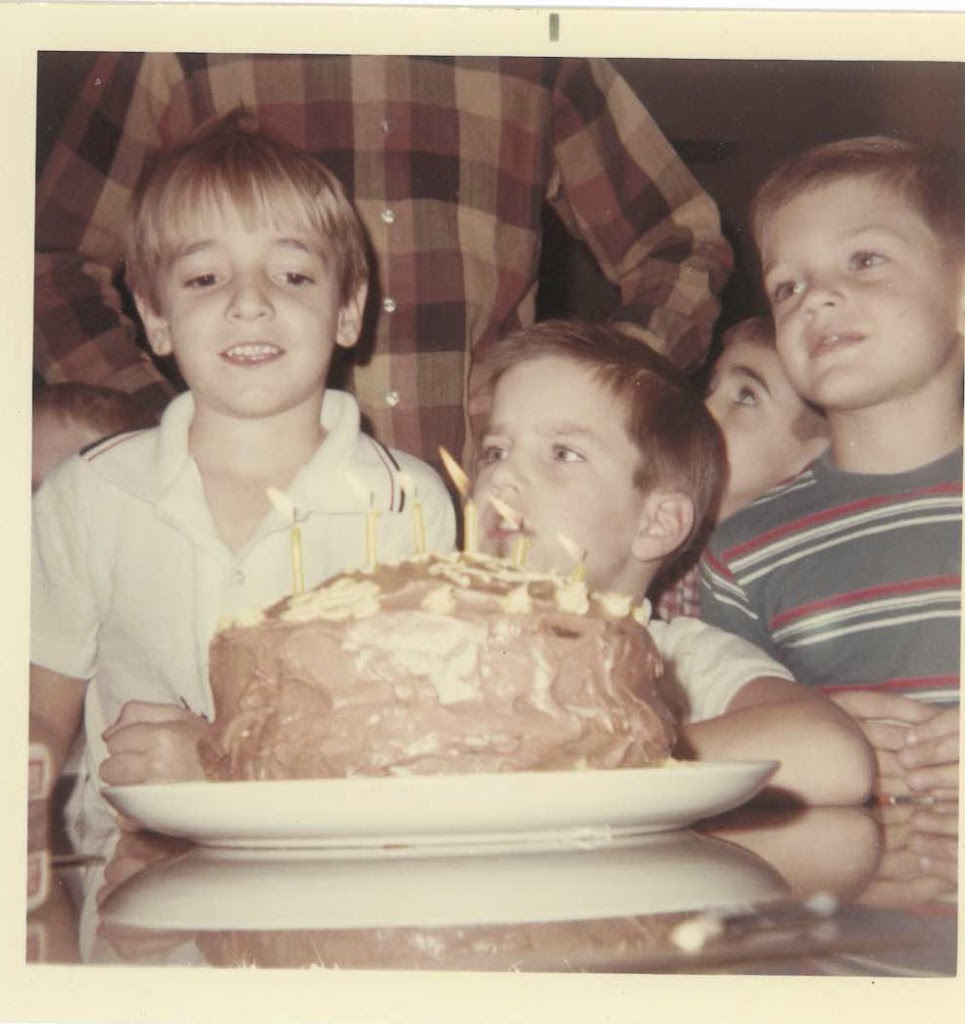 I still remember that the party had a dinosaur theme.  I think we even used paper plates and crayons to create our own dinosauric masterpieces.

To my left is Michael Simpson and then looking up at the faceless man in a plaid shirt is Bobby Bracken.  Please don’t ask me either how I remember those names & faces 47 years later or what those two are doing today.  Don’t even ask me who the faceless man is, because I don’t know.

To Bobby’s left is Lance McIlhenny who went on to some fame as the quarterback of SMU’s 1982 Almost-National-Champion-And-Cotton-Bowl-Winning Team (see my Tuesday post here).  He also had a cameo appearance in ESPN’s 30 For 30 Documentary, Pony Excess.

Is anything better than a boy’s 6th Birthday Party?