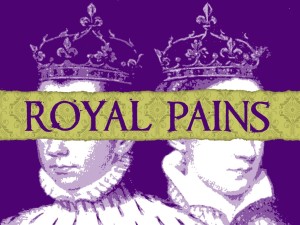 Scripture records that when the children of Israel cried out for a king to lead them, the Lord tried to get them to change their minds.

But the people would have none of it. The nations surrounding them had kings, and so should they.

So God gave them what they wanted – a royal family.

Yet the royal family failed to give Israel the stability and leadership it craved. Instead, the kings and their queens leave a legacy of espionage, adultery, assassination, and idolatry.

Really, this royal family becomes – with only a few exceptions – a group of royal pains.

Royal Pains. A series that uncovers the little monarch residing in each of us.

May 27: The Iron Lady King
June 3: The Kings Of Compromise
June 10: The Hell King