Now THAT Was A Fun Wedding

Here I am with newlyweds Hal Watson and Nancy Donosky Watson. 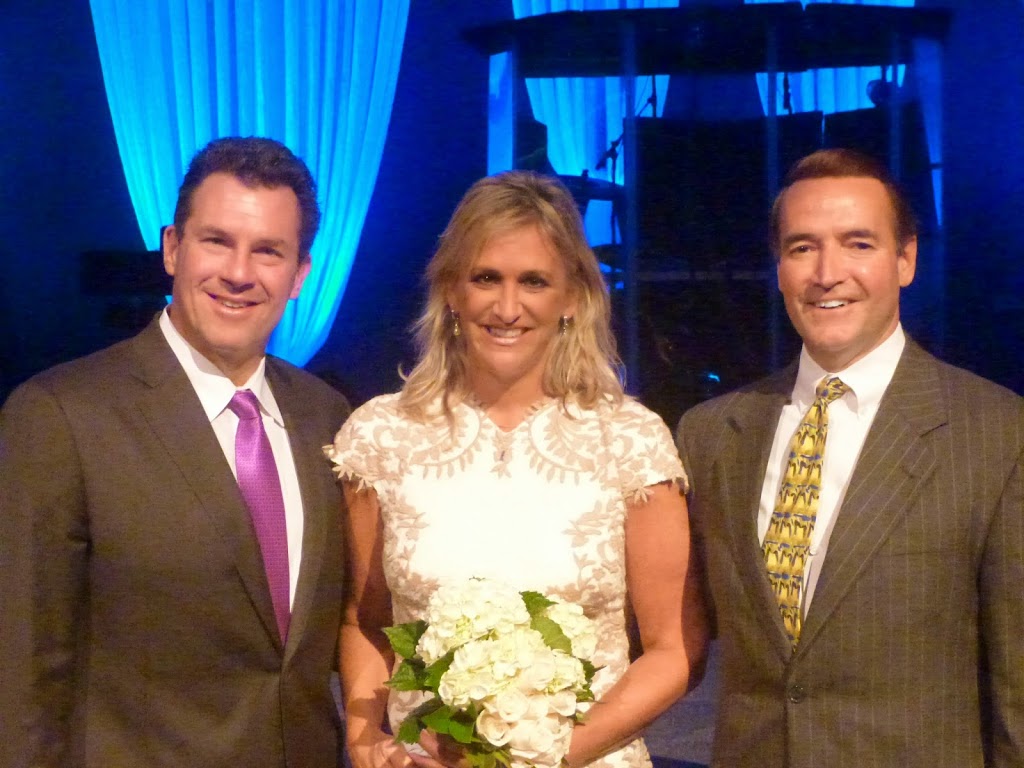 They are from Dallas, TX and yet had a Charlotte, NC wedding.  On a Tuesday.  Huh?

Here’s the backstory.  Hal is the stepson of my oldest brother Harvey.  Thirty years ago, when Hal was 19, Harvey married Gayle Hudgens and of course became a vital part of Hal’s life.  So, technically, I am Hal Watson’s Step-Uncle.  And Hal and I went to the same high school in Dallas, though I was a senior when he was but a lowly freshman.

And so was Nancy Donosky.  She and I attended both middle and high school together, were the kind of folks who definitely said “hi” in the hallways (a gift I would never have given to Hal if he was a scrawny ninth grader when I was a senior), but after graduation we went to different parts of the country for college and adulthood.  Nancy was one of the best-known people in our class — always at the center of activity, conversation, and laughter.

Fast forward 34 years.  Hal and Nancy connected in Dallas as adults, fell in love, and got engaged.  Yet at this stage of their lives, rather than the time and expense of a big wedding, they wanted to elope and make their marriage a surprise to children, friends, and parents alike.

Which is easy to do when you have a preacher in the family.

So yesterday we located another member of Highland Park High School class of 1980, added him to Good Shepherd staffer Shirley Berryhill, together they served as witnesses for one of the most enjoyable wedding ceremonies at which I have presided.

Then we had lunch together and passed the time catching up on “prayer concerns” (AKA juicy gossip) from many of our classmates.

And, after wedding cake & wedding toasts, we gave Nancy some lessons on the proper pronunciation of “Uncle Talbot.”