My mother, Betty X. Davis, just published a story called “The Last Bicycle” in the July/August edition of Spider Magazine, a highly regarded periodical for children.

Set in the French town of Uzaire in the waning days of World War II, “The Last Bicycle” weaves together a young boy named Jacques, an American soldier from Texas, and a treasured bicycle into a tale of loss, sacrifice, serendipity, and restoration.

While it is quite an accomplishment to have a short story published anywhere these days, I suppose you could say it’s not altogether unique.

What makes this one noteworthy?

The fact that my mother published the story at the age of 96.  Ninety-six.  One hundred minus four.

Actually, I’m not sure how she fits writing into her schedule, packed as it is with tennis matches, speaking engagements, and family gatherings.

In other words, a daily routine quite unlike any other 96-year-old I’ve ever heard of.

Here she is, at far left of picture, with some of her Texas-based writer friends: 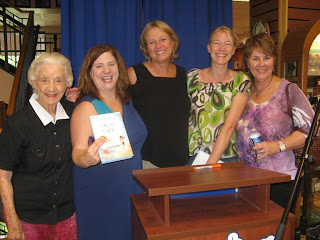