Why So Many Of Us PREFER Chaos To Calm

Mark 4:35-41 contains this fabulous little story whose meaning is wrapped up in its subtle choice of words:

35 That day when evening came, he said to his disciples, “Let us go over to the other side.” 36 Leaving the crowd behind, they took him along, just as he was, in the boat. There were also other boats with him. 37 A furious squall came up, and the waves broke over the boat, so that it was nearly swamped. 38 Jesus was in the stern, sleeping on a cushion. The disciples woke him and said to him, “Teacher, don’t you care if we drown?”

39 He got up, rebuked the wind and said to the waves, “Quiet! Be still!” Then the wind died down and it was completely calm.

40 He said to his disciples, “Why are you so afraid? Do you still have no faith?”

41 They were terrified and asked each other, “Who is this? Even the wind and the waves obey him!”

Look closely at the first part of 4:41: “They were terrified.” That “terrified” is a stronger word than was ever used to convey how they felt about the storm. After the storm is over is when they are the most scared of all. The real terror happens not when the waves are crashing in the boat but when everything is perfect, quiet, still!

It’s so interesting: there is something in that scene of perfect calm with AWAKE JESUS that is scarier than the furious, life threatening, boat drenching squall when Jesus is asleep in the stern. Why is that? Here’s why, all you storm chasers out there: Sometimes the calm is scarier than the storm.

Why is that? Because the disciples came face-to-face with of Jesus’ identity rather than THEIR storm. And his identity takes their collective breath away: the stopper of the storm is likely the sender of it in the first place which means that as great a teacher as he is, that barely scratches the surface of who he is: He Is God. The story is not about Jesus’ performance; it’s about his identity. And when you come face to face with THAT, that’s a cause for fear, honor, and awe.

And the reason that the calm is more frightening than the storm is in part this: we have to trust him with the routine. Get this: almost ALL of us trust him in the storm. When we’re desperate is when we get all religious! We come to church! We start to pray! We see a pastor! We open up a bible! And then . . . the crisis passes and we revert back to the same casual, occasional faith we had before. I’ve seen it a million times. The real measure of faith is this: can you trust him in the calm, where there’s no crisis, with the same level of desperation as you do when it’s stormy? When your marriage is good? When your kids are healthy? When the bank account is full? Can you acknowledge that you are not in control when you get that promotion? Rather than the layoff? Everyone gives their layoff to God; I think he’s looking for folks who give him their prosperity, too. I think maybe Jesus didn’t answer the disciples’ “don’t you care if we drown?” question because he more cared how they lived. Like the disciples all of a sudden you don’t need Jesus’ answers; you come face to face with Jesus himself. The calm makes you do that.

It’s also true because – and get ready for an ouch – when it’s calm it’s much harder to complain. And some of us simply cannot be happy unless we have something to complain about. It’s why we sabotage relationships. It’s why we chase storms – remember how the disciples could have and should have told Jesus “Nope!” Some of us aren’t happy unless we’re in a crisis and – get this – if we’re not in a crisis we’ll create one. It’s why some of you married the wrong guy. Why others of you date the wrong girl. Why you drink the wrong drink. Why you take the wrong risks. Why you confront the wrong sin. It’s why you create drama where none exists.

And as I’m saying this, so many of your issues have come into focus. That’s why I do what I do! I’m scared of the calm so I create the storm! We don’t do this consciously, but it’s like the more subconscious it is, the more energy we bring to it. It’s why when things are going well you start feeling uneasy and you run off and chase down a storm and make it your own.

Here’s the deal: this story is not really about Great Storm, Great Christ, Great Calm but it’s about the great fear. Can you trust God with your every day? With the same desperation you trust him with your storms?

Will you stop making storms out of whatever is handy? Instead of making drama, celebrate peace. Instead of sabotaging relationships, give God glory for the ones that are going well. And when you enter that season of prosperity, that’s when you need God more than ever.

And if you’re in that calm, don’t chase down a new storm. If you feel yourself running towards one, creating a new one, for God’s sake stop.  Embrace the fearfulness of the calm.

The above reflections are an excerpt from the book The Storm Before The Calm, published by Abingdon Press and available here. 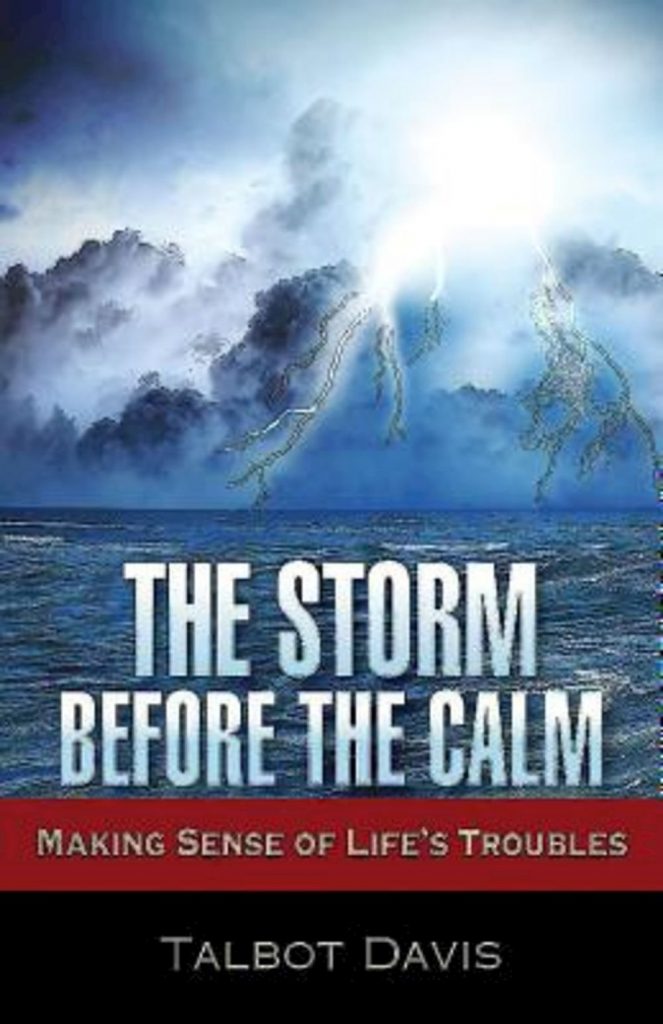