Next week, about 2,500 United Methodists from all across the western part of our state with gather in Lake Junaluska for the Western North Carolina Annual Conference meeting.

And, thanks to one of my favorite people, Good Shepherd will be well represented.

James-Michael Smith, aka “the Discpleship Dojo,”  will give the keynote address at the Fourth Annual Breakfast Meeting of the Evangelical Movement of the Conference. 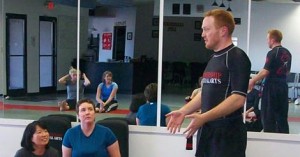 The Evangelical Movement is a group of clergy and laity who work together to conserve some of the most treasured possessions of Methodism: a strong view of Scriptural authority, a high view of the divinity of Christ, an ancient view regarding God’s blessing of and boundaries for human sexuality, and a passionate view of the importance of sharing the Gospel with those who don’t yet believe it.

We are pleased to invite you to our 4th annual breakfast at Annual Conference Friday morning June 19th at 7:30 am in The Terrace Hotel Room 316

James-Michael Smith is our guest speaker for the 2015 Evangelical movement breakfast. James-Michael is a graduate of Gordon-Conwell Seminary, served for five years as Discipleship Director at Good Shepherd, Charlotte, and now has an itinerant teaching ministry under as “The Discipleship Dojo.” He is known throughout the Carolinas for his faithful and passionate explanation of the Scriptures. He will share with us from his book, Cleansed And Abiding, a refreshing look at the concept of Wesleyan holiness. James-Michael is a declared lay candidate for election to General Conference 2016. You can find out more about James-Michael at www.jmsmith.org.

Whether it’s the upcoming launch of our Zoar Campus, the recent release of Head Scratchers, or now James-Michael’s keynote, I love the way that God is extending Good Shepherd’s “inviting all people” DNA beyond the corner of South Tryon Street and Moss Road.