So it’s Wimbledon next week. It will be hard to stay at work when there’s grass court tennis going on. 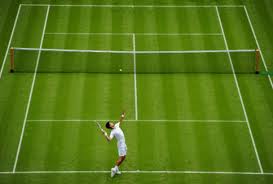 Back in the day, grass courts suited my game better than any other surface. Grass courts tennis rewards hard serves and aggressive play, both of which were my strengths. Grass courts don’t favor people who can play consistently and run forever . . . but I never could do either of those anyway. 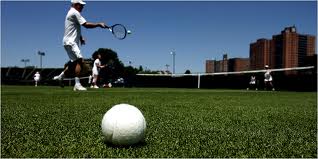 In the Round of 16, I had a match point on a highly ranked player — meaning that if I won one more point I’d be in the final eight. On match point, I played a bit defensively, he came to the net, and my attempt to pass him hit the tape and fell back over on my side. An inch or two higher and I would have won.

My chance was gone. My opponent came back and won the match and in fact advanced all the way to the finals. I could have been playing for a national championship!

Good leaders, however, move from what if to now what? We can analyze our mistakes so much that we fail to take action to correct them. I’m more of a “what if-fer.”

I’m going to start moving to the now what.

Because I’d like to give those grass courts another chance.

(These thoughts are adapted from a blog post in 2008.)