Does Greatness Come In A Moment Or Must It Be Sustained? A Post Connecting Literature, Tennis, And Preaching

Way back in the spring of 1984, as I was winding up my English degree in college, I took a class on theories of literary interpretation.  It sounds kind of high falutin’, and I suppose it was.

The teacher was Louis Menand, who has gone on to a measure of fame as author, commentator, and professor.  You can read more about him here.  And I knew him “when.”

Anyway, the most memorable subject in that class — which is why I’m writing about it 34 years later — was this question:  can a work of art attain sublimity in a moment or does greatness have to be comprehensive throughout the piece? In other words …

Professor Menand told us collegians that when he was our age (at the time, only ten years earlier), the moment of artistic sublimity that captured his heart was this lyric:

With that opener, Get Off Of My Cloud had him at rock and roll hello.  I suppose he was telling us that in the debate of Momentary Vs. Comprehensive, he opted for the quick fix.

(To the surprise of no one who reads my work, my similar rock moment is “out on the road today, I saw a Dead Head sticker on a Cadillac …”)

Believe it or not, this is a debate that intersects with the other passions of my life, tennis and preaching.

For example, the greatest example of tennis genius I have ever seen was John McEnroe’s 6-1, 6-1, 6-2 obliteration of Jimmy Connors in the finals of the 1984 Wimbledon.  McEnroe took his art to a new level against Connors, playing a match that was simultaneously error-free and force-full.  Factoring in changes to rackets, strings, and even the grass at the All England Club, I think McEnroe on that day would have bedeviled and bewildered the Federers and Nadals of today. 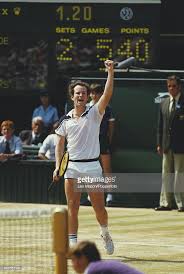 Yet McEnroe’s overall record?  Nothing like Federer or Nadal.  Or Djokovic for that matter.  He never won a Grand Slam event after 1984 (when he was 25), while today’s stars soldier on, miraculously improving their games after they turn 30.  Tenacity, resilience, and adaptability are not words you’d apply to McEnroe’s career, yet you can’t talk about Federer and Nadal without them.  So who’s greater?  These guys today, for sure.  But what was the greatest single moment?

Get off of McEnroe’s cloud, I say.

Other sports give rise to many of the same questions.  Many consider the 1985 Chicago Bears the greatest NFL team of all time … yet no one suggests the Mike Ditka, Jim McMahon, and William Perry were a dynasty.  That sort of sustained excellence has belonged to the Steelers, the 49ers, and the Patriots.

What about the 1971-72 Los Angeles Lakers?  With Wilt Chamberlain and Jerry West at the helm, they went 69-13 (an all time best record at the time) and then breezed through the playoffs to a title.  But a dynasty?  Nope. That one was back in the cold and snow of Boston.  A season or a system?  What’s greater?

So how does this circle back to preaching?  Two ways.

First, the Scripture itself.  The temptation of clergy and laity alike in Scripture reading is to focus on those moments of seeming sublimity in biblical texts.  John 3:16, Ephesians 2:8-9, and Romans 10:9-10 come to mind.  Most people in the pews — or, in our case, in the blue chairs — naturally drift towards those concise, compelling, and memorable highlights from biblical books.

However, as I mentioned in this post last week, biblical books are much more than a collection of shiny pearls.  They are instead the string that holds the necklace together.  Even the “memorable” verses have so much more depth and penetration when you read them in context — within the totality of John’s Gospel or Paul’s letters.

The Moment Vs. Season debate also applies to individual sermons.  There have been times when I felt like I was fighting with a sermon while preaching it — absent flow, drifting attention, dying preacher.  But on more than one occasion, sermon rescue has come in the form of just the right anecdote, just the right question, and even just the right ad-lib.  Attention regained and momentum restored.  A great sermon?  Not really.  A moment that saved an average one?  Absolutely.

So in art, sports, and preaching the elusive question remains: does true greatness occur in a moment or must it be sustained?

What if the answer is “Yes”?