From the ages of 8-18, I had one goal in life: to become the number one tennis player my age in the state of Texas.

The good news is that it actually happened. After a string of second place finishes, I finally won it all when I was 17.  Here’s a backhand from that match. 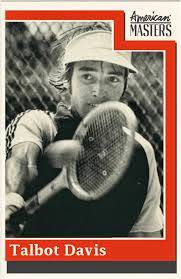 I liked it well enough that I did it again a year later.

The bad news is that with that mindset developed at such a young age, I tend to look at other people in my life the same way I looked at other Texas tennis players: as rivals. As the competition.

Enter the world of preaching.

One of the great things about the city of Charlotte is that there are so many good churches, often led by rather remarkable pastors.

Some of them are spellbinding speakers who are leaders within their own denominations, others are close personal friends who live what they preach better than most, still others are nationally-known phenoms, while some are key leaders in my own Methodist tribe, and quite a few are just plain nice people.

The bad news is when I view people on that list as rivals and competitors. Because in any kind of competition, I’ll “win” in some areas and “lose” in others.

When I view Good Shepherd as a fiefdom, I inhibit the advancement of the kingdom.

Because, as Paul would remind me, my fellow clergy and I are not adversaries; we’re co-laborers.

I write all this today because I believe God has been doing a work in me in recent months. Some of it has been his direct hand in my heart. The other part of his work comes from the book I’ve referenced before: Church Unique. Not church identical. Not church template. Church Unique.

What’s true of congregations is true of pastors. Pastor Unique. Each of us a mixture of strength and weakness, flaws and beauty, spirit and flesh.

Each worthy of others celebrating the good work God does in their lives and in their congregations.

And none of us ranked #1 in this or any other city.