Christmas And The End Of Tactility (And Is That Even A Word?)

This Christmas made me think of the one when I was 16, in Dallas, and ALL I wanted was the cassette tape of Led Zeppelin’s Houses Of The Holy album.  That was IT.

(Unfortunately, in a behavior pattern that continues in many respects to this very day, I didn’t tell anyone what I wanted and then got secretly angry with them for not getting it for me.)

Anyway, as I remembered that cassette-tape-longing, I also realized how absurd that concept is to my own children, now 29 and 26.  Because in their minds, music isn’t something you hold; it’s something you download.  It’s not an object you touch; it’s an experience you program.

In fact, one night over the holidays, Riley and his wife Natalie piled into the car with me and Julie and we drove to dinner.  After a few moments (and three consecutive John Mellencamp songs), he asked me with the disappointment dripping from his voice:  “Dad, is that a CD?!”  He was embarrassed that his father would still use such a technological dinosaur.

All these memories, experiences, and eye rolls made something abundantly clear:  we are quickly moving away from a tactile economy (you buy what you touch and hold) to a virtual one (where you buy a series of 1s and 0s expertly coded).  We’re headed towards the end of tactility and the triumph of digitization.

This phenomenon also applies to the world of bible reading.  How are you supposed to read the bible? For me, it’s always with the book-like, tangible copy in my hands.  The mere sound of those thin pages turning always suggests something holy, reverent, and right to me.

Of course, the original writers and hearers of Scripture could not conceive of reading the biblical books in that manner, as the latest books composed were completed about 1500 years before the printing press was even invented.

I guess that’s why I’m not upset that so many people have traded in their tactile bibles these days for the digital versions they read on their phones or laptops.

I don’t know if these transitions are good or bad or simply different.

I just know that if I was 16 today, I would have been silently screaming for SOMEONE to get me an iTunes gift card so I could download Over The Hills And Far Away all for myself. 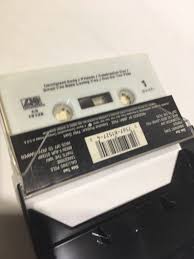