A Word All Of Us Need To Hear From CharlotteONE

As some of you know, I serve on the Board of CharlotteONE, a cooperative ministry seeking to provide 20- and 30-somethings in Charlotte with an opportunity to get connected, make a difference, and find their purpose. 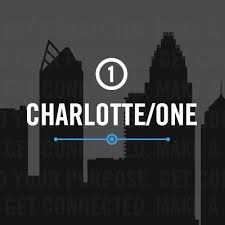 So on Tuesday night I went to a special CharlotteONE event at the Fillmore, part of the Music Factory in uptown Charlotte.  Instead of asking millenials to “come to church,” they took to ministry to where people naturally gather.

A couple of things invariably happen with I go to a C-ONE event:  1) I hang out with other Board members; and 2) I cry.  Something about the setting or the music or the message gives me a lump in my throat and brings tears to my eyes.

And last night was no exception.  My lumpy-throated moments came during the testimony of fellow Board member and CharlotteONE participant Katie Burzynsky.  Her word was so powerful, so profound, and so well-done that I asked her to share with me so I could post for you in its entirety.  Just so you know — whether in speaking or writing, I rarely use words like “should,” or “ought,” or “need.”  I’m making an exception with this.  I think all of you, regardless of age or season of life, need to see what Katie had to say.  Because her story belongs to an awful lot of you as well:

Hello! My name is Katie. It’s great to see you all tonight but can I just say I would SO rather be meeting you all out by the taco truck for a little chitchat than from up on this stage. I’m not a public speaker but I do love to meet new people, and I’m very glad you’re here. I’ve been involved at Charlotte ONE for three years, and I was asked to share a little bit about my story tonight.

I got to Charlotte a year or so after finishing college and after moving to a city all by myself, trusty Google was there to help me find some friends. In case you were wondering, I searched for: “Charlotte, Justice, 23”. Apparently it worked, because I read on the CharlotteONE website that their goal was to help people my age get connected, make a difference and find our purpose… so I was like, “Sounds good, Where do I sign up?”

And although I’m an extrovert, I was really nervous my first time here! I was worried I wouldn’t meet anyone. I was worried about going back into a Christian setting after some time away. I was worried about what sort of faith I would find behind the doors. Sometimes I wish real life had an “Orientation day” with icebreakers and free snow cones like the first day of college. There weren’t any snow cones… But I was able to chat with some friendly faces and I wondered if these were the people I could maybe become friends with.

Now, I know real connections don’t happen overnight. There was no fairy dust sprinkled on me when I walked through the doors that resulted in an immediate relationship with God, tons of friends, or a magical answer to what I’m supposed to do with my life…but I signed up for a Saturday serve day and that was a good start.

Over the next year, I volunteered with CharlotteONE, got connected to a local church and I was able to find a group of people that are now MY people; friends who were trying to do a similar thing, find answers to our questions about life and figure out how to actually be an adult.

You might already have some people like that in your life, and if so, it isn’t just luck that has them there.

These are the people you call when you have just taken on too many commitments and you simply put, you can’t do it all.

These are the people you call to bring you ginger ale when you have the flu, to help you change the oil in your car, and to drive you home after you drank too much.

These are the people you call when you are so overwhelmed by debt you can barely breathe.

These are the people you call when you’ve been taken advantage of.

These are the people you call when someone you love is really sick and they aren’t going to make it.

These are the people you call when you are so swallowed with grief and you can’t move.

These are the people you call in the middle of the night and who actually show up rather than just send you a text.

That said, a few years ago, even with some great people around me and after being raised in the faith – I felt like I was walking on a tightrope between wanting to be a Christian… but really just wanting OTHER things, more. Although I hadn’t been a casual dater my entire life, the perfect storm hit and it took surprisingly no time at all to fall into an unhealthy, on-again off-again situation with a friend. It felt SO good to be wanted, even temporarily, that I settled for scraps of affection; and to be entirely fair he might say the same thing about me.

I tried to compartmentalize that part of my life as much as I could, not only because I was embarrassed for settling and being too selfish and weak to walk away, but also because I was hurting. I kept it locked up tight behind the bedroom door, and eventually became fairly numb to it all. It was really hard to go crying to friends about the whole thing – when something terrible hadn’t happened TO me, I was actively choosing to participate in the destructive behavior that was damaging my own life over and over again. All the while, I was still going to church, volunteering and had a smile stuck to my face. It wasn’t that I wasn’t interested in loving God; I was just more interested in loving myself.

There wasn’t a day I can nail down as the breaking point. I was struggling and was just so exhausted from the double life; the cycle of on again, off again; the he loves me, he loves me not; and literally feeling like I couldn’t stop – that I finally made the decision to being vulnerable, talk to some friends, and ask them for help.

They listened. Cried with me. Sat alongside me while I waded through the pool of poor choices I had made. They never judged. They didn’t walk away. But…they did keep me in check. They questioned my behavior. They were readily available with words of encouragement and their time. And when I did fall back into old patterns, they extended me grace – and they called me out.

They were able to see who I truly was created to be and reminded me to be that person again.

It took months and months to find the self-control, strength, and self-worth to finally walk away from the mess for good. All I can do is be real with you about my experience. Even when I clearly turned by back on the God that I thought just lived in a church, He followed me out and found me in those dark and destructive places too. At a time when I felt entirely unworthy, he found me at the edge of a bed, he found me pouring yet another glass from the bottle, and he found me behind the wall I’d built with bricks of bad decisions.

Without even realizing it, I had been surrounded by a community of friends who were NOT placed around me by mistake. Those friends were a reflection of the love God had for me, the love that meets you where you’re at and says, “I still want you more than ever.”

And since we are getting real with one another, I have to say the whole process seriously sucked! It honestly felt like to took FOREVER to finally put it all to rest. If your in that place where the struggle (whatever that is for you) feels too big, or too heavy, or too private – my hope for you to is to find some people you can open up to.

Trying to live a life that is transparent and in community isn’t easy.  Sometimes we get it right and sometimes we don’t. We get frustrated and we hurt one another. It’s scary to have people that know your dirt and will actually call you on it. It takes sacrifice to find time in our schedules to be together, it takes plugging in and staying a while even if you aren’t feeling it. It requires open conversations and space to air our dirty laundry, and a hell of a ton of forgiveness because y’all know I’m probably going to screw up tomorrow.

The easy choice is to be selfish with our time. There are times when I really want to sleep, or eat, or just watch Netflix when someone else seems to need me. It’s a daily conversation of how do we love one another better rather than hurt one another more.

Even though I grew up around Christians, no one warned me how hard it would actually be to try and follow God in the little day-to- day stuff. And constantly I struggle with trying to make choices for Him rather than myself. But it gets easier as I fall less in love with my life and more in love with God and these people He has surrounded me with. I don’t have it together and neither do my friends, and that’s okay. However, in this whole thing called life, instead of trying to go it alone, I want to be apart of that messy, real, and raw community that I found here at CharlotteONE. It takes time. It takes patience. But it’s wonderful and it’s totally worth it.

And in case no one has told you yet, you’re invited to be apart of it.