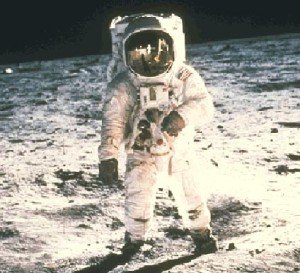 On July 20, 1969, I was seven years old and watched the moon landing and moon walk at my Aunt Florence’s house in Fort Lauderdale, Florida.

What do I remember?

The week’s Time magazine has an intriguing article on the post-flight lives of the men who went to the moon. How did they literally and figuratively ever “come back to earth”?

Finally, this thought. In 2009, we would regard the technology of 1969 as positively archaic. No personal computers, no flat screen TVs, no cell phones, and no iPods. And yet they did this?! When the math and science had to be perfect or the men would never get to the moon much less come back?

Maybe they just harnessed all the high tech know-how into things that really mattered.